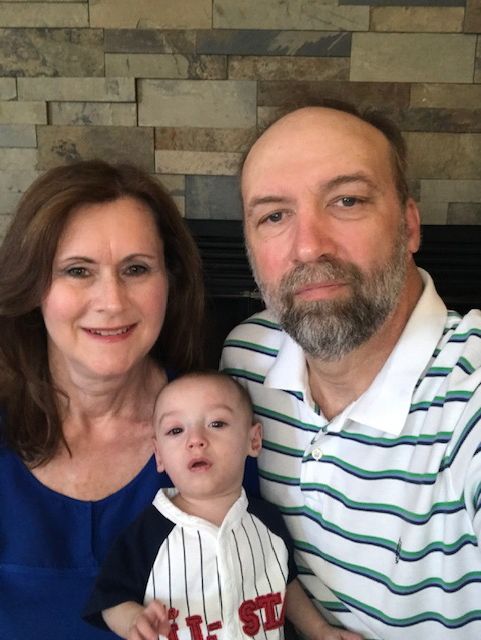 Former River View High School softball coach Vivian Barker and husband Bobby Barker pose for a photo with grandson Brett who they have been taking care of during the pandemic while both his parents continue working as essential personnel. Brett was born three months premature and is a high-risk. 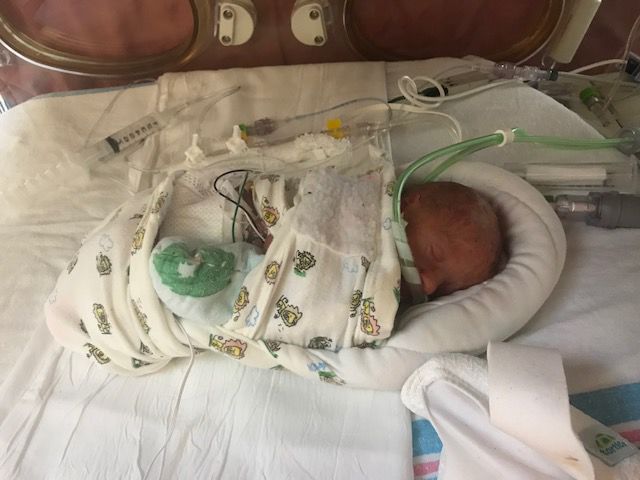 Former River View High School softball coach Vivian Barker and husband Bobby Barker pose for a photo with grandson Brett who they have been taking care of during the pandemic while both his parents continue working as essential personnel. Brett was born three months premature and is a high-risk.

GRUNDY, Va. — Thanks to the coronavirus pandemic, the River View 2020 softball squad was deprived of the chance to find out what kind of season the Lady Raiders would have under new head coach Chris Kelly.

River View’s previous head coach Vivian Barker, who resides just across the state line in Grundy, Va., was confident her successor would do well. The Lady Raiders were primed for another winning campaign. Just like always.

She hadn’t intended to resign this year from coaching a spring sport which she and her husband, Bobby Barker, had both enjoyed and excelled at for many years. But, as the well-worn saying goes, God had other plans.

Since this past March the former River View skipper has been sheltering in place, providing constant in-home care for her high-risk infant grandson. Barker’s daughter, Sara Lark, is a nurse practitioner at Clinch Valley Urgent Care. Her son-in-law, Sgt. Ryan Lark, is an officer for the Cedar Bluff Police Department. Both have been serving as front-line essential personnel during the ongoing pandemic.

“My organized house has become a maze of baby equipment, and I couldn’t be more thrilled,” said Barker, whose grandson, Brett, was born three months premature in September.

The infant, who weighed only 1 pound, 2 ounces at birth, has gotten stronger and is now up to 10 pounds. Brett still has many medical issues and concerns, but “He’s a fighter,” said Barker, who is quite happy with her new life but is also occasionally worn to a frazzle. Brett is not not only vulnerable to COVID-19, but also to many other possible infections.

“I’m so thankful I get to care for baby’s needs and I get to help not only my grandson, but my daughter and my son-in-law by relieving some of their stress. The curse is ... he only gets to see them through the window or Face Time, eliminating unnecessary exposure to virus or diseases,” she said.

Barker, who has been in the teaching profession for 29 years and has taught in every grade from K through 12, has coached several different sports during 25 of those years. Her longest-running continuous coaching experience has been in softball alongside her husband, Bobby Barker, a railroad engineer with Norfolk-Southern.

The couple has coached softball together from the ground up, beginning as Little League softball coaches and from there moving up to found the middle school softball program at Sandy River Middle School. The pair went on to coach the now-defunct Iaeger High School Cubs softball team and after consolidation, founded the program at River View.

“We enjoy the sport, watch games of all ages and travel to watch a lot of the SEC softball teams. This is something we did as a team,” Vivian said.

Vivian knew early last fall that there would be a change in their spring tradition when Bobby’s job schedule with the railroad changed. He would be able to volunteer and chip in from time to time, but he couldn’t count on being the same steady presence in the dugout. Then the baby arrived three months premature in September. A lot of things were about to change.

“I kept trying to figure out possible solutions to make everything work with softball and my family,” Vivian said.

By January, the writing was on the wall. With a host of health issues, baby Brett was transferred from the NICU in Johnson City, Tenn. to an NICU at a higher-level care hospital in Knoxville, Tenn. The frequent commutes had become longer, and Vivian stayed both days and nights on the days both of Brett’s parents had to work.

Vivian knew by January that she would have to resign from her beloved coaching position. Kelly, who’d been a baseball assistant at River View in 2019, had already been lined up as an assistant coach. It was an appropriate time to hand the program off.

“It was with a heavy heart that I resigned, as I love softball and my girls. But I was relieved that I could turn the program over to the new assistant coach Chris Kelly. He’s young, energetic, intelligent, athletic and very knowledgeable about the game,” Coach Barker said.

“He’s bringing in some assistants that will be great assets to the team as well,” she said.

It’s been a winning tradition at River View from the outset. Since the school’s first varsity softball season in spring of 2011, the Lady Raiders have had an unbroken streak of winning seasons. During the past three seasons, River View have ended up battling Shady Spring for the sectional championship.

“The games were very exciting, competitive and intense, but the Lady Raiders came up short each time,” Vivian said, noting that the Barkers have become good friends with Tigers head coach Don Barnett thanks to the rivalry.

Last year, Barker had three seniors advance to play softball at the next level. Kaylen Lockhart and Hailey Mitchem signed with Bluefield State. Vanessa Pruitt signed with Southwest Community College. This year’s lone senior, Madison “Mouse” Blankenship would have been one of the region’s top returning softball players. She missed out on her senior season, but will have a college athletic career, having signed to play women’s basketball at Concord University.

A family medical crisis compounded by a global medical crisis forced Barker to turn the page on a coaching career she loved very much. And she is brimming with gratitude.

“We’ve given God all the glory for the blessings and allowing the baby to live and come this far in his development. We’ve received so much love and support from family, church family, friends and the community during the past several months,” Vivian said.

1 p.m. in the George W. Seaver Chapel of Seaver Funeral Home in Princeton. Burial will follow in Roselawn Memorial Gardens in Princeton.