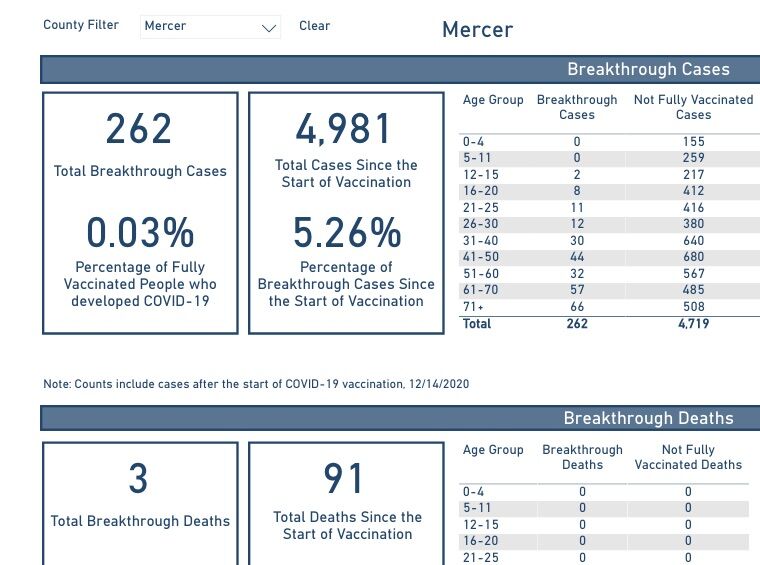 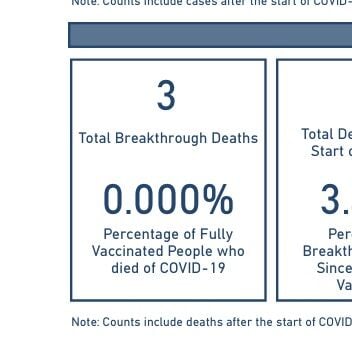 The city of Princeton also announced Tuesday that it was encouraging its citizens to mask up and take the vaccine, passing a resolution that urged but didn't mandate masking and vaccines.

The latest nursing home death in Mercer County was at the Princeton Health Care Center, according to DHHR statistics released later in the day Tuesday. The health care center was the site of 24 deaths last year during the earlier months of the pandemic. The DHHR is now reporting a cumulative total of 25 deaths at the Princeton Health Care Center, which is still considered an active outbreak site with four staff members currently listed as positive for the virus, the DHHR said.

In neighboring McDowell County, an outbreak is underway at the McDowell County Continuous Care Center in Gary involving 19 residents and four staff members.

The DHHR also reported a new virus death Tuesday in Mercer County, a 55-year-old female. That brings the cumulative total of virus-related deaths to date in Mercer County to 138.

In one positive sign, vaccination rates are still climbing in Mercer County. As of Tuesday evening, 27,619 people in Mercer County had received at least one dose of the vaccine, which equals out to 47 percent of the county's eligible population. That's up from 27,545 people on Monday.

During a Princeton City Council meeting, the board voted unanimously to pass a resolution encouraging masks indoors and at larger gatherings, as well as hand washing and sanitizing. The resolution also specifically urges city residents, "whose health and conscience permits," to take the "scientifically proven and effective COVID-19 vaccine."

City Clerk Kenneth Clay said council drafted the resolution after health officials in Mercer County held a press conference to address the ongoing surge in new virus cases in Mercer County, which has led to a shortage of available beds at Princeton Community Hospital and is straining the local health care system.

According to the resolution, "the latest surge of the Delta variant has strained local emergency resources to the extreme, including the Princeton Rescue Squad, the 911 center and Princeton Community Hospital."

The resolution further states that the highly-contagious Delta variant "prays upon those in younger age groups more so than senior adults, especially those who have remained unvaccinated."

11 a.m., from the Burns Wornal Chapel of the Memorial Funeral Directory in Princeton. Entombment will follow at Roselawn Mausoleum in Princeton.