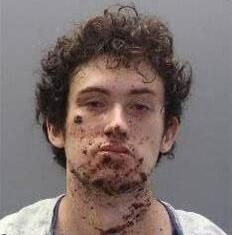 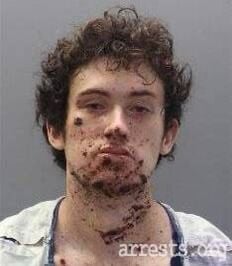 ABINGDON, Va. — A Richlands man, who appeared at a health clinic in June 2020 with severe injuries to his hands and fingers, has pleaded guilty to possessing and manufacturing an unregistered explosive device.

Cole Carini, 24, pleaded guilty Monday to one count of possessing and manufacturing an unregistered explosive device. A sentencing hearing has been scheduled for April 13, 2021. At sentencing, Carini faces up to 10 years imprisonment and a $250,000 fine.

“The defendant put the safety of the community at risk when he built and then detonated an explosive device,” Acting United States Attorney Daniel P. Bubar said. “Thanks to the prompt response and careful investigation of our federal and state law enforcement partners, Carini is being held accountable for his dangerous acts.”

According to court documents, on June 3, 2020, Carini went to a health clinic in Richlands suffering from extensive injuries to his hands, and shrapnel wounds to his neck and throat. After being interviewed at the hospital by officers, Carini reported that his injuries were caused by a lawn mower accident at his home.

During a search of Carini’s home, agents found the lawn was overgrown and found no other evidence indicating a lawn mower had recently been used. They did, however, find evidence of an explosion more consistent with the types of injuries Carini had suffered. Agents also discovered drawings of improvised explosive devices, significant quantities of what is believed to be Triacetone Triperoxide, an explosive substance used in the creation of improvised explosive devices, and a partially constructed pressure cooker explosive device similar to that used in the Boston Marathon bombing.

When the FBI Bristol responded to the request for assistance at Holy Road, the Tazewell County Sheriff's Office and the Virginia State Police informed the FBI "that Carini was known to them as being someone who had previously made explosive devices and had been on probation for explosives violations up until September 2019," according to the complaint.

As the investigation continued, a crumpled letter was found on the ground outside a shed on Carini's property, according to the criminal complaint. Some parts of the letter had been ripped away or could not be read.

Part of the letter read, "He casually walked through the shopping mall, his jacket concealed deadly objects. He was doing it and was assured it must be done. Even if he died this statement was worth it! He had...of tension that would come and go as he now approached the stage of hot cheerleaders. He blended in with the audience, he began scanning his surroundings. He noticed his two security guards who were standing side by side! This was an important observation."

"A dead seriousness sank in as he realized that he was truly passing the point of no return!" according to the letter quoted in the criminal complaint. "He decided I will not back down I will not be afraid of the consequences no matter what I will be heroic I will make a statement like Elliot Rodgers did he thought to himself."

Elliot Rodgers was a 23-year-old mass killer, now deceased, who killed six people and injured 14 others "by gunshot, stabbing and vehicle ramming at Isla Vista, California, near the campus of the University of California, Santa Barbara, and took his own life by gunshot on May 23, 2014," according to the criminal complaint.

Sheriff Brian Hieatt said after the incident that whether Carini was the letter's author had not been determined.

"It is still very alarming to find a letter like that among all these things that could cause death and destruction," Hieatt said then.

The investigation of the case was conducted by the Federal Bureau of Investigation, the Bureau of Alcohol, Tobacco, Firearms, and Explosives, the Virginia State Police, the Richlands Police Department and the Tazewell County Sheriff’s Office. Assistant United States Attorneys Zachary T. Lee and Whit Pierce are prosecuting the case for the United States.

RICHLANDS, Va. — A letter describing a man walking into a shopping mall with “concealed dead…

RICHLANDS, Va. – A letter describing a man walking into a shopping mall with "concealed dead…

1 p.m. from the Burns Wornal Chapel at Memorial Funeral Directory in Princeton. Burial will follow in Woodlawn Memorial Park in Bluewell.

ROANOKE, Va. Rudolph T. "Rudy" Richardson age 94, went to be with the Lord, Monday, January 11, 2021 at the Virginia Veterans Care Center, Roanoke, Va. Rudy was born in Grayson County, Va. to the late Muncy and Minnie Richardson and was the last surviving member of his immediate family of 12…