FLAT TOP — Under a cerulean sky and blazing sun, couples, families and individuals tread purposely through neat rows on top of a mountain.

Their bounty is plump and true blue, with a bite-size sweetness. When gathered by the handful pails fill up quickly and smiles brighten faces.

It’s harvest time on a hillside at Flat Top. And blueberries are ripe for the pickin’.

High on a summit off the Interstate 77 Camp Creek exit, sits Blueberry Hill — a pick-your-own farm that fosters community spirit amid a backdrop of spectacular vistas.

Owner Jim Beha, who runs the farm with wife, Sue, sits under a tent near the checkout-stand as he discusses the farm’s past, and present.

Although the farm is now 100 acres with about 15 acres of blueberries, the crop started in 1989 with six rows of 300 plants.

Jim grew up in Parkersburg, where there was a pick-your-own blueberry farm in nearby Vincent, Ohio. “I couldn’t wait to get a bucketful,” he said, reminiscing of his childhood days.

When he Sue got married they would go visit his parents and the nearby farm. “We bought three plants and forgot about them,” he said. “They died.”

Still, the couple enjoyed working with the soil and wanted to plant something.

Jim said his father had wisdom and knew why those three plants died. He subsequently bought the couple 300 more.

With the Flat Top soil and rainfall, those plants prospered.

“When you have that many you can’t forget them,” Jim said. “We had enough berries for 500 people for breakfast.”

“We planted them in the fall,” he said. “It literally took us two months to plant. We got the last one planted and the next day it snowed.”

The farm boasts several varieties of blueberries, including some that are early ripening.

“When people ask us, ‘Where are the sweet ones?’ we reply, ‘Every bush that has a ripe one is sweet.’”

From the moment a blueberry turns blue, Jim said it takes three to five days to develop full sugar content and peak sweetness.

Unripe berries — white and tinged with red speckles — are easy to spot on the bushes.

While it’s easy to see a ripe berry, some customers have a special touch.

Jim shared the story of one customer who was blind yet still picked berries. Initially, those at the farm were unaware of her sight impairment.

“The first time she picked we were uninformed,” he said. “She picked a bucket of perfect berries, and she did it all by feel … she could touch and see if it was a five-day berry. Every time after that we rushed around to see her berries.”

Jim surmises that folks from every state in the union — including Hawaii — have picked blueberries at the farm.

Many come as children then return as adults.

For Jim and Sue the farm is also a family affair. The two met at Concord College (now university) and later married.

Three years later, while living in Daniels, they “scraped together enough” to purchase 25 acres, with a house under construction, at Flat Top.

They couple had two boys, Brent and Adam.

There were no blueberries on the initial acreage, Jim said, but more land became available in the early ‘80s.

“So we bought it and said, ‘What are we going to do with it?’" he recalled. “A couple of years later came the blueberries.”

Activity at the farm is brisk and busy from late June through late July. It’s likely a good thing that both Jim and Sue are “workaholics.”

For the past three years, Jim said they have harvested 10.5 tons of blueberries per year.

Jim said a plant will begin producing fruit one-and-a-half to two years after it is planted, but it takes seven years for the plant to reach maturity.

While walking the rows Jim noted that the blueberry patches have “different personalities.”

It was a sentiment echoed when he encountered two long-time customers at the farm recently for an early morning of picking.

The group laughed and joked, while catching up on old times and then discussing this year’s crop.

The couple said the were looking for “the big ones,” and soon headed over the hillside to their “secret patch.”

Jim waved as they started on their quest, then smiled while tuning and continuing to walk the rows.

Operating days and hours at Blueberry Hill can vary. Check out the farm’s Facebook page for a current schedule. 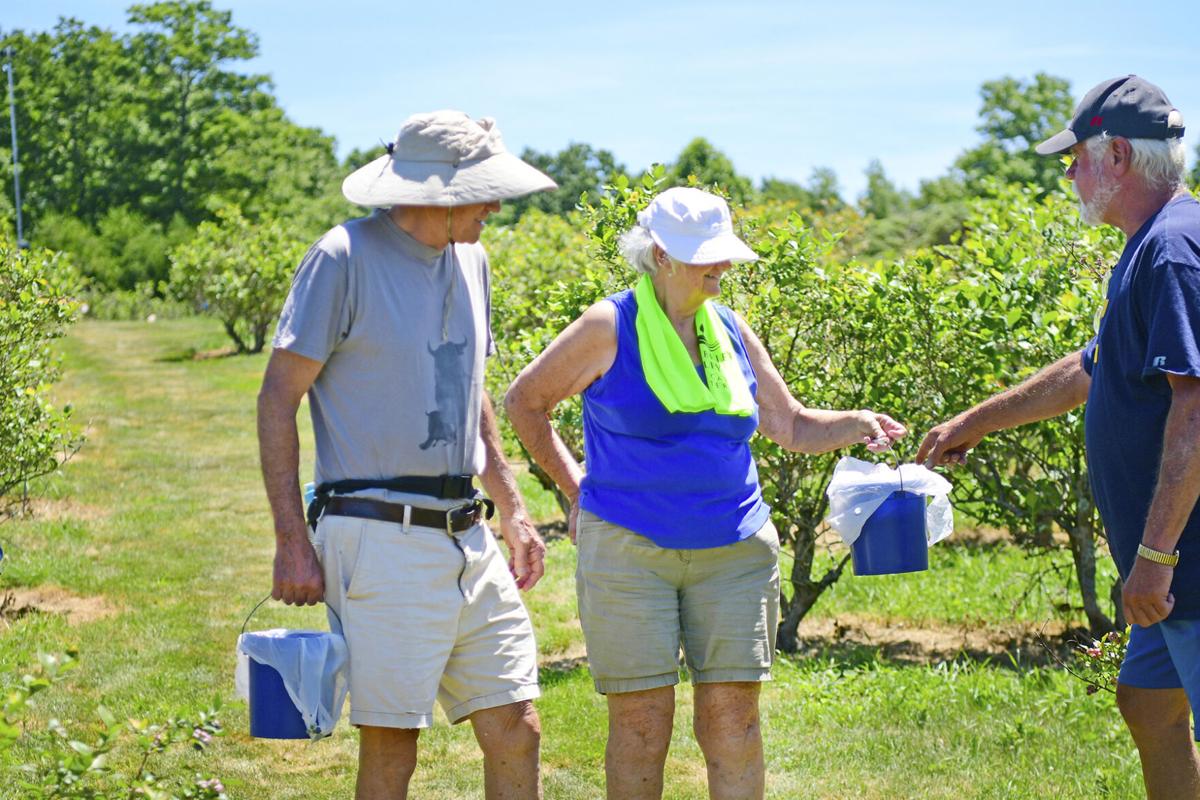 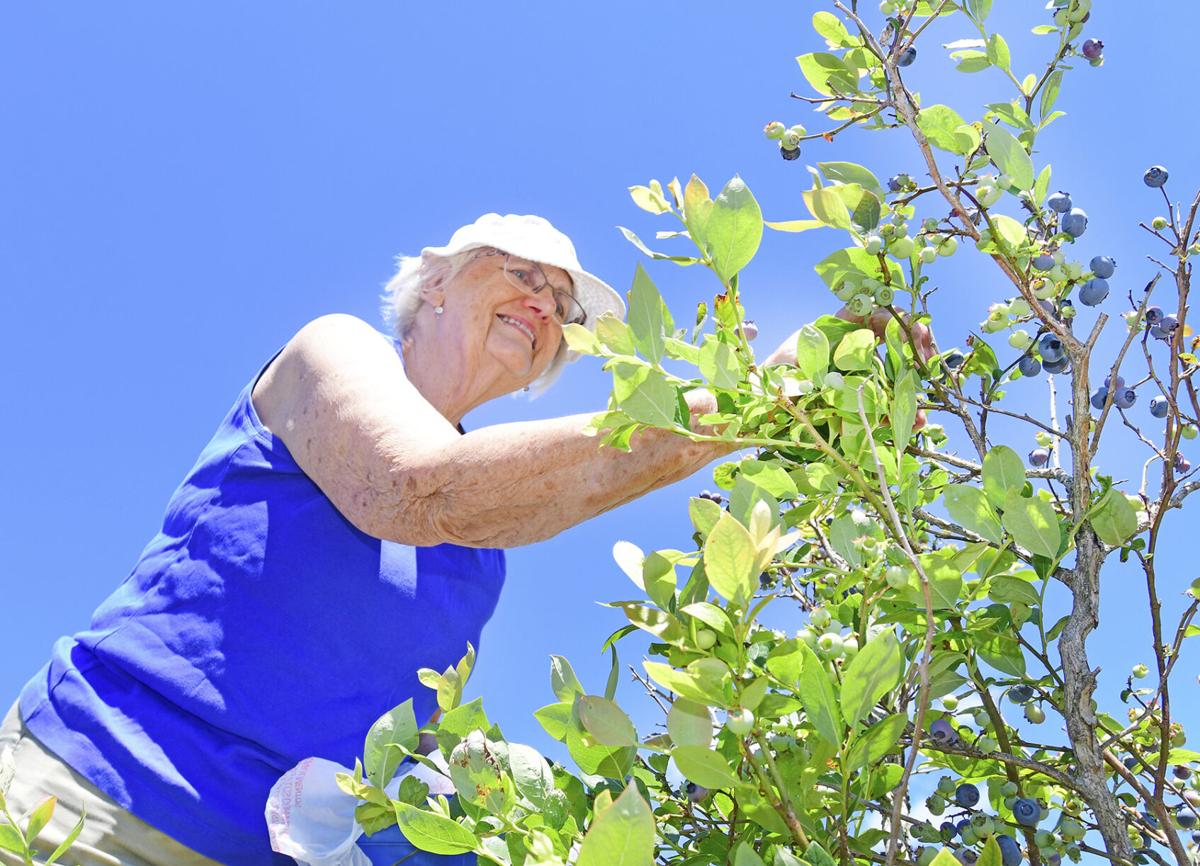 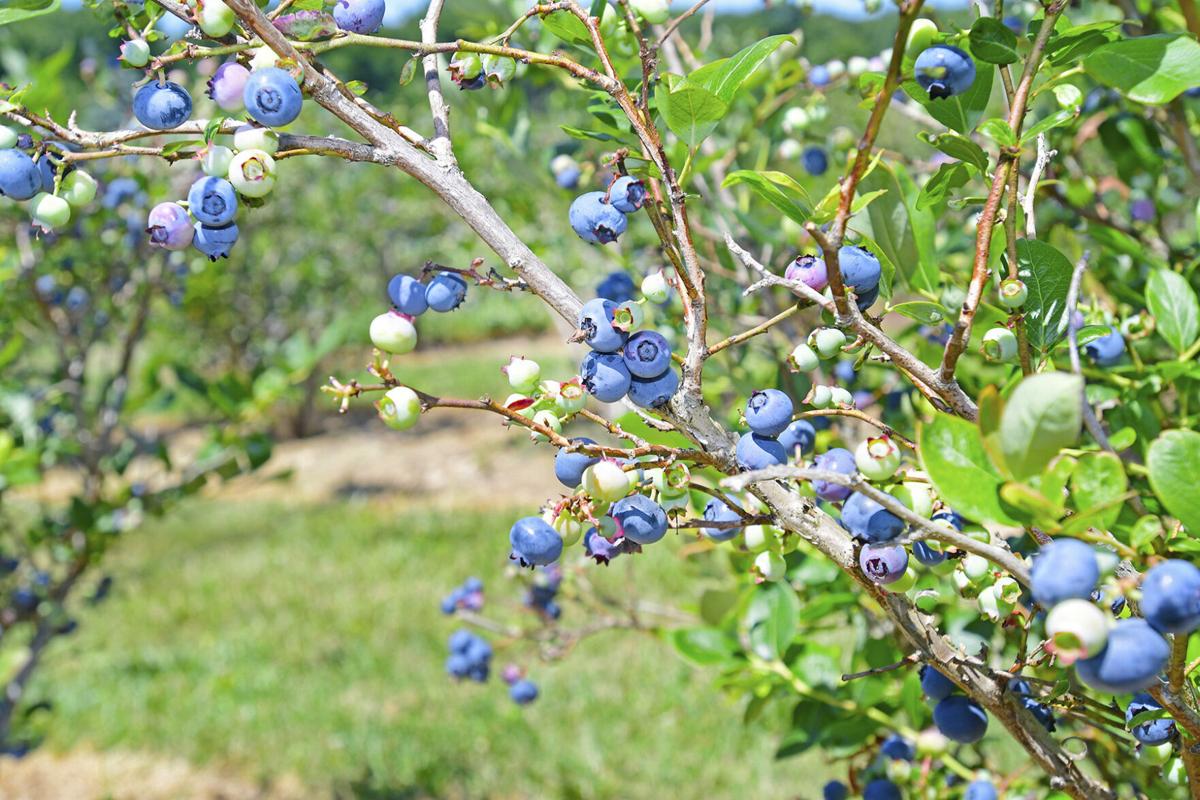 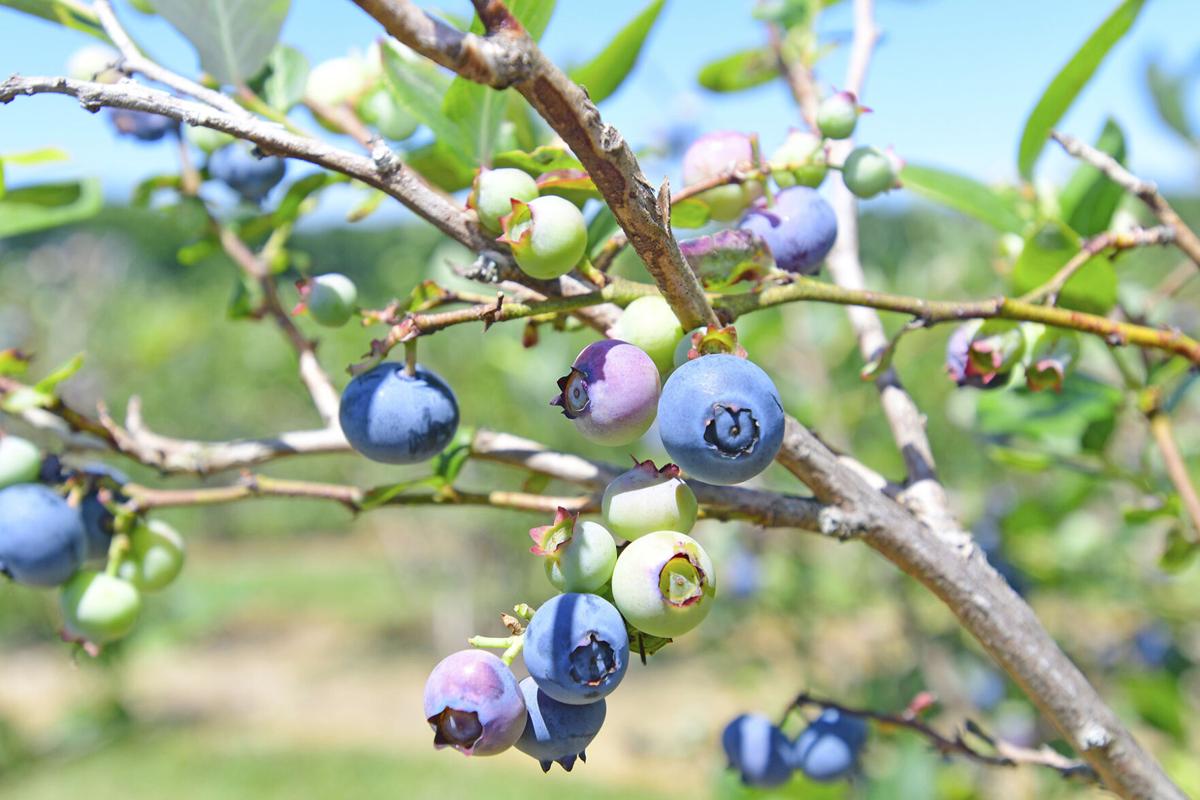 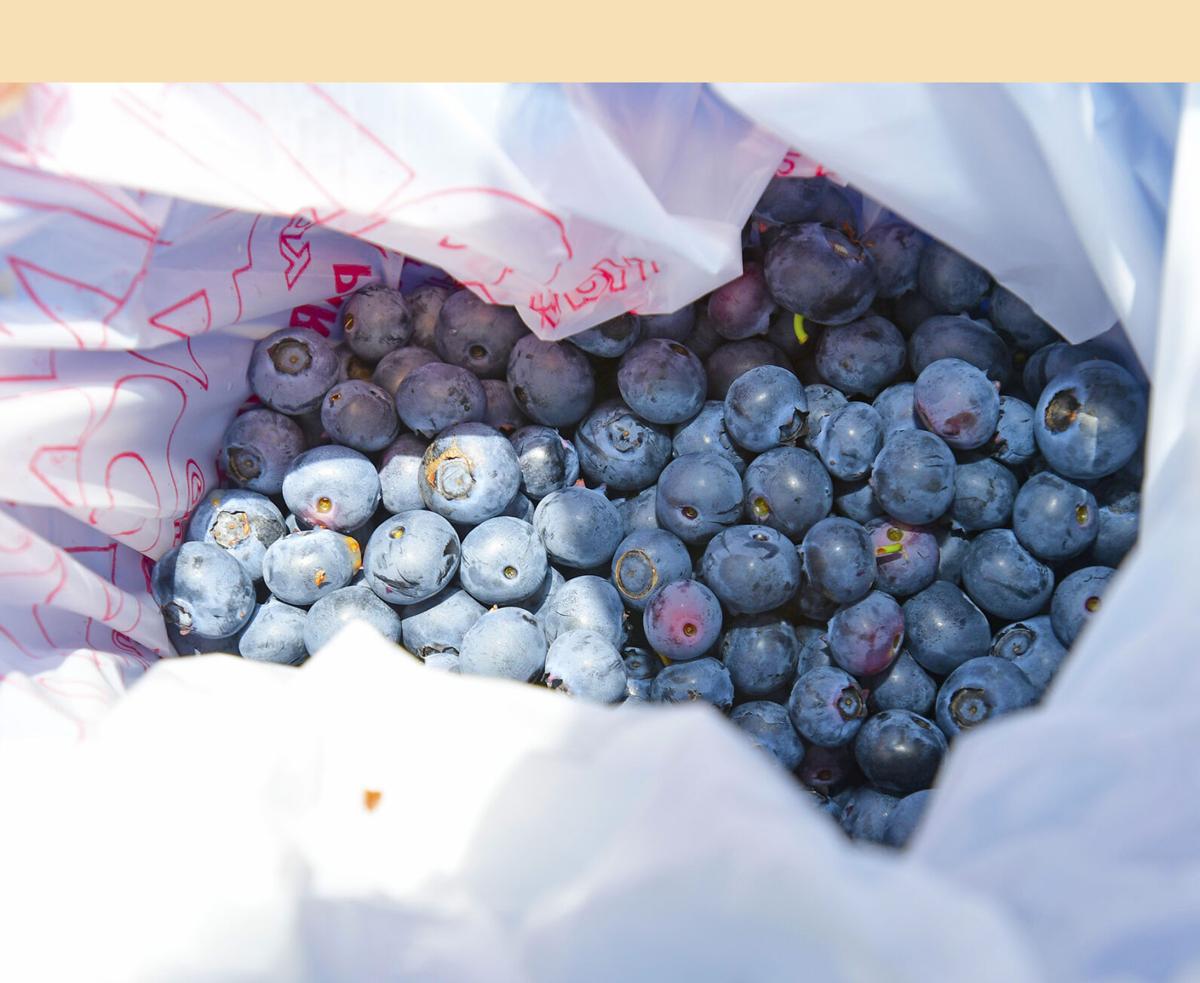 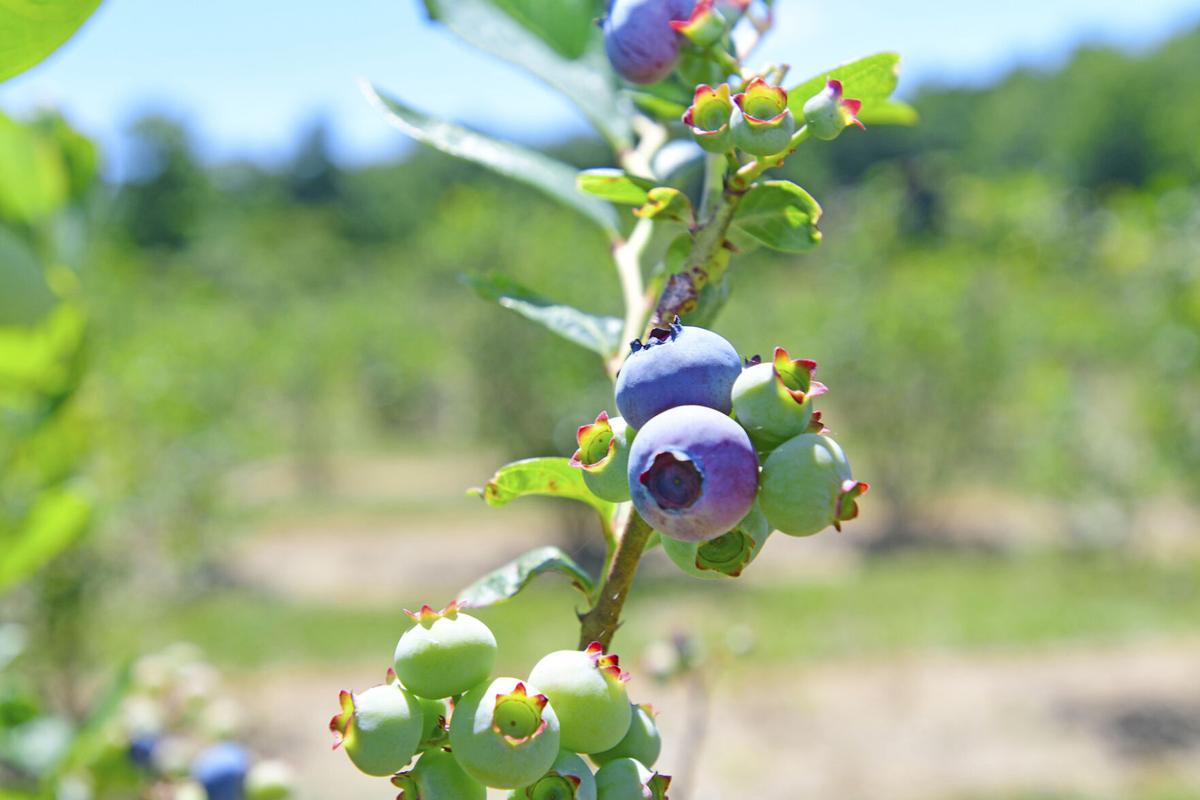 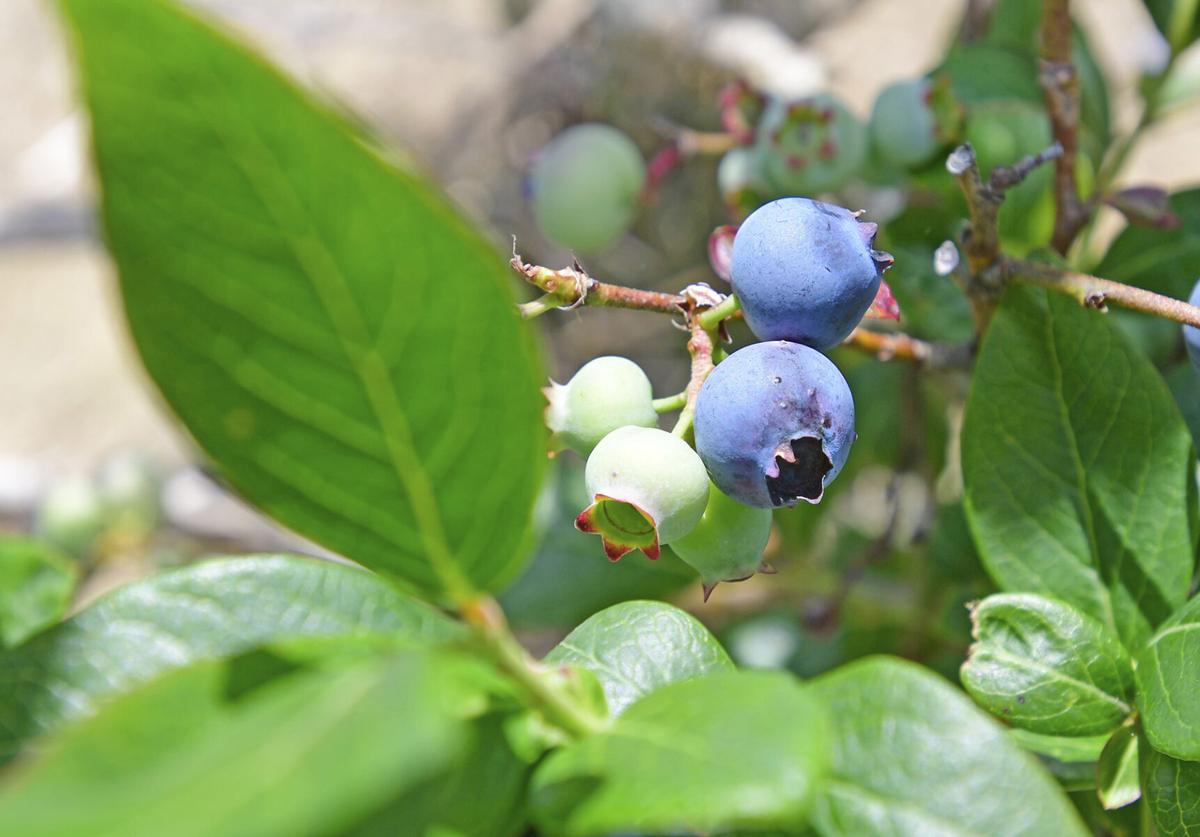 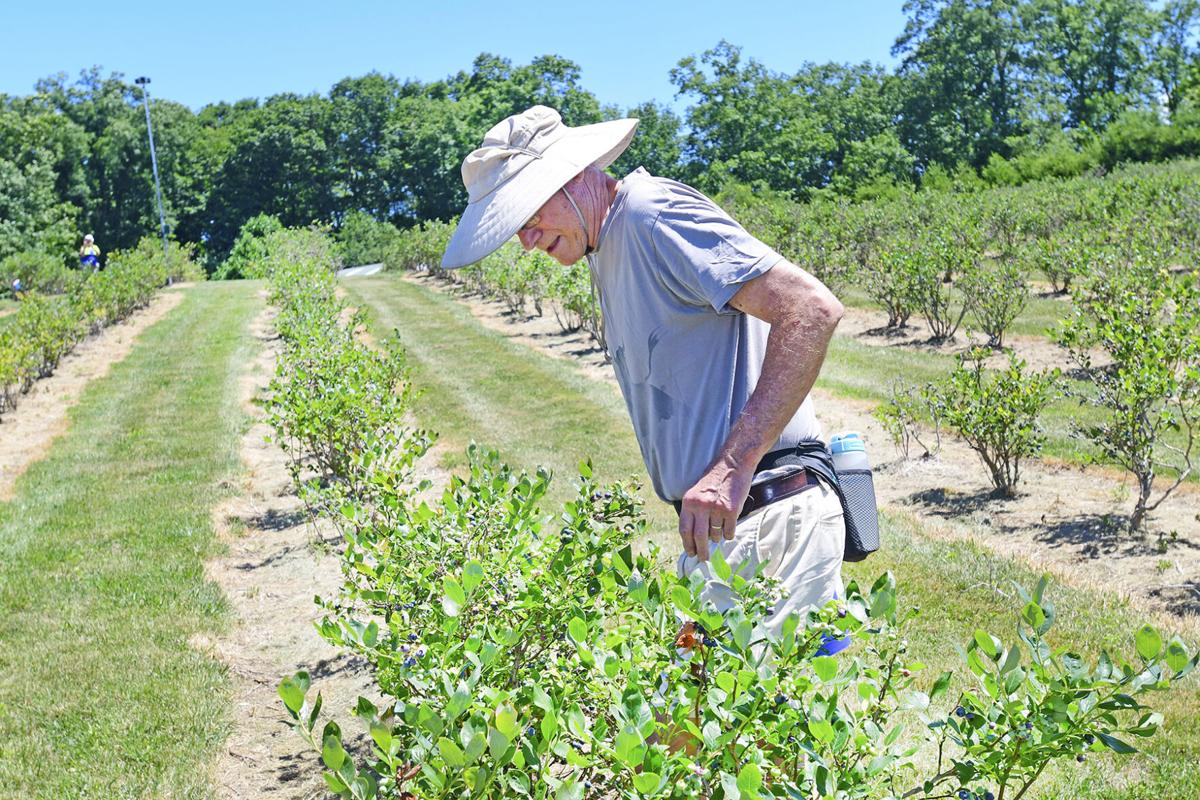 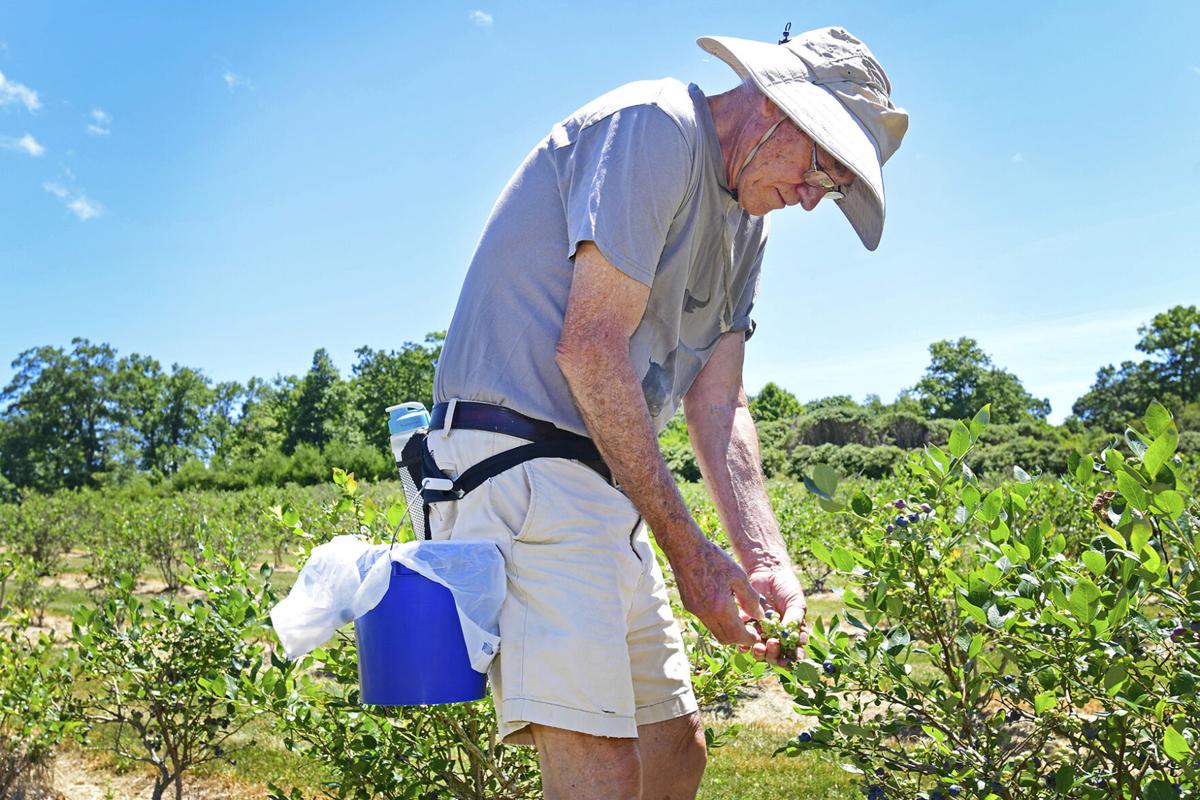 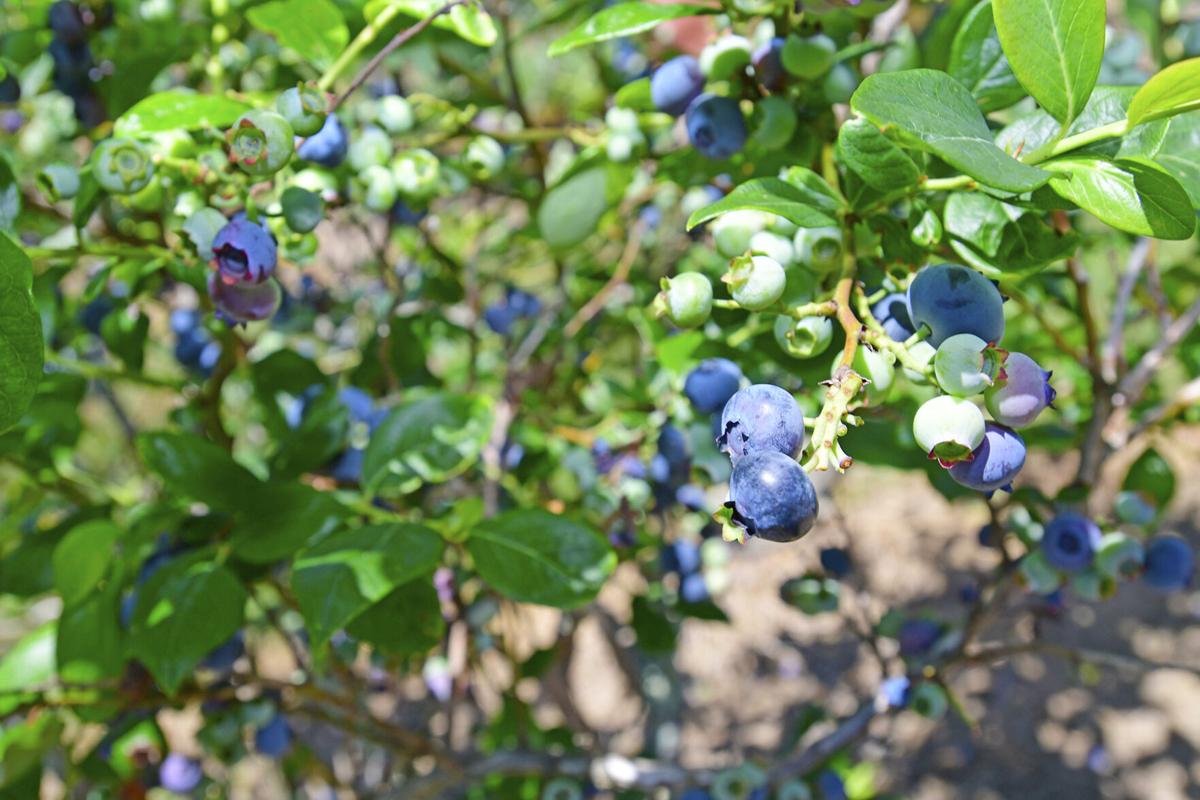 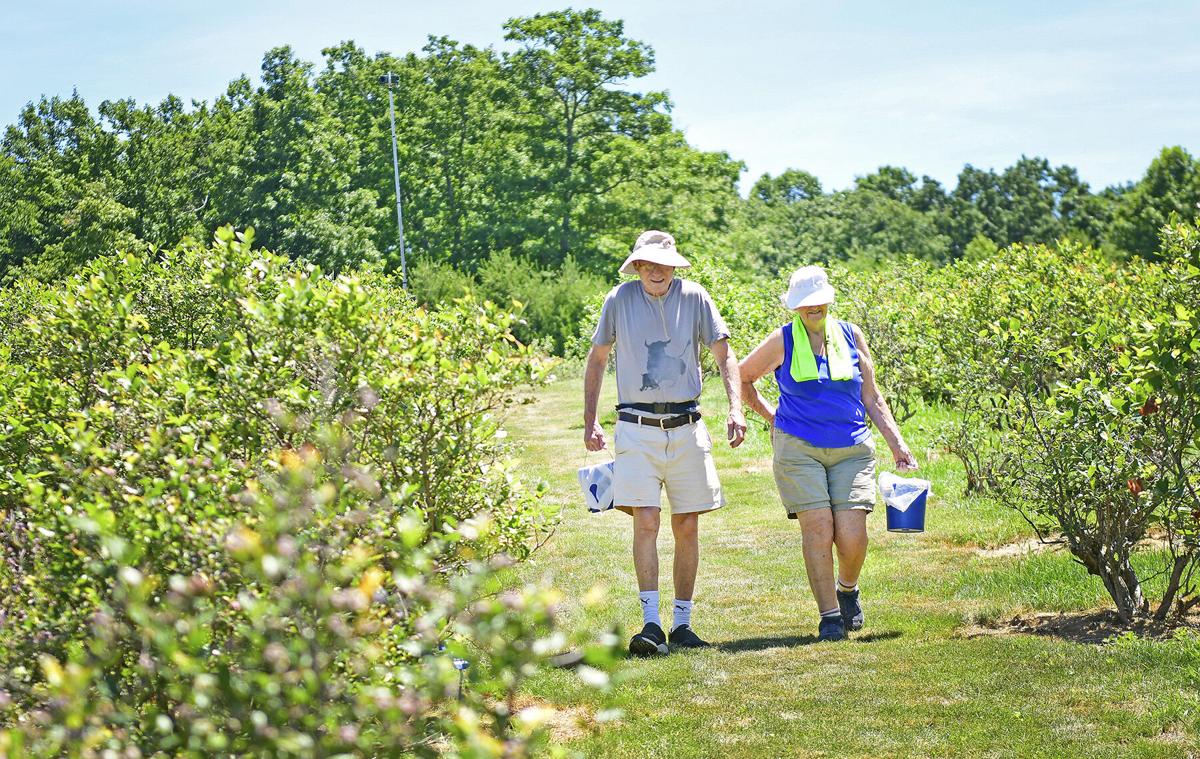 11 a.m., memorial service at the Burns Wornal Chapel of the Memorial Funeral Directory in Princeton.

1 p.m., at the Dudley Memorial Chapel in Bluefield, Va. Interment will follow at Grandview Memory Gardens.

1 p.m., at the Dudley Memorial Chapel in Bluefield, Va. Burial will follow at Grandview Memory Gardens.

11 a.m., at the Cravens-Shires Funeral Home Chapel in Bluewell. Graveside service Monday at 2 p.m. at Roselawn Memorial Gardens in Princeton.