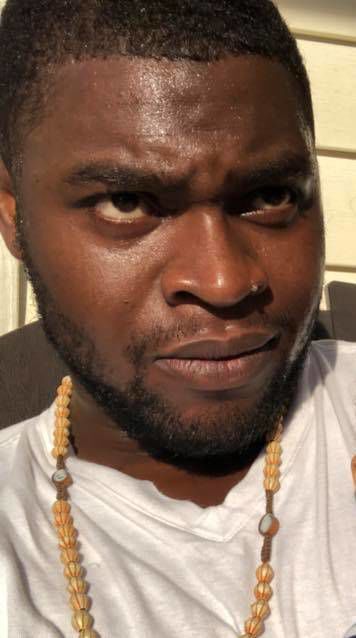 Multiple law enforcement agencies are searching for Donquale Gray, 25, of West Virginia. Police Chief M. Shane Gunter has said that Gray is believed to be "armed and dangerous." 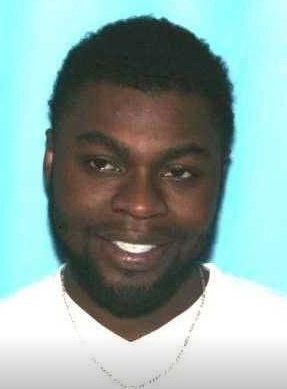 Donquale Gray, 25, is suspected of shooting a Bluefield, Va. officer during an early Sunday morning traffic stop. Law enforcement is considering him armed and dangerous.

Multiple law enforcement agencies are searching for Donquale Gray, 25, of West Virginia. Police Chief M. Shane Gunter has said that Gray is believed to be "armed and dangerous."

Donquale Gray, 25, is suspected of shooting a Bluefield, Va. officer during an early Sunday morning traffic stop. Law enforcement is considering him armed and dangerous.

BLUEFIELD — The man being sought in connection with the Saturday shooting of a Bluefield, Va. police officer was released on bond Jan. 8 after being charged in Bluefield, W.Va., November 2018 on firearm and other charges.

Donquale Maurice Gray, 25, is the subject of a massive police search with a $10,000 reward for information leading to his capture and arrest.

He is the suspect in the wounding of the 29-year-old officer, who is recovering in a Roanoke hospital.

All area law enforcement agencies, as well as the U.S Marshals Service and the Bureau of Alcohol, Tobacco, Firearms and Explosives (ATF), are participating in the manhunt and said Gray is “armed and dangerous.”

The incident started at 11:45 pm. Saturday during a routine traffic stop on Rt. 460 at Exit 3 within the town limits of Bluefield, Va.

Corinne N. Geller, public relations director for the Virginia State Police, said Gray was a front-seat passenger in the 2008 Toyota Yaris which had been pulled over for an equipment violation. During the traffic stop, Gray started shooting at the Bluefield, Va. police officer standing outside the vehicle and wounded him.

The injured officer and a second Bluefield, Va. officer who had responded to assist with the traffic stop returned fire, according to the Virginia State Police. This second officer was not injured. The vehicle’s driver got out and surrendered, but Gray drove away. The Toyota was found abandoned in Bluefield, W.Va. a few hours later.

Gray was arrested last fall by officers with the Bluefield, W.Va., Police Department for gun and drug offenses.

The arrest occurred on Nov. 29 after officers responded to a disturbance on Larch Street involving the brandishing of a weapon.

After arriving at the scene, Bluefield officers made contact with Gray, who was soon connected to a white Jeep in which an assault-style rifle was observed.

Upon further investigation, officers recovered multiple items from the Jeep including a 7.62 AK style rifle, a drum magazine, 75 7.62x39 mm bullets, four bags containing what was believed to be 12 grams of cocaine, three unidentifiable round pills, $817 in cash, and one container with 71 grams of marijuana packaged for individual sale.

He was arraigned in magistrate court in Princeton and taken to Southern Regional Jail with a bond set at $25,000 cash/surety. According to the court records, he posted bond and was released Jan. 8.

One of the conditions of the bond was that he could not leave the State of West Virginia without the court’s permission.

According to the criminal complaint, Gray had also been convicted in December 2015 of manufacture and delivery of Schedule I or II controlled substance.

Gray’s address was listed in November as on Heatherwood Road in Bluefield, W.Va.

The U.S. Marshals Service and the ATF each has put up a $5,000 reward and made statements about the case on Tuesday.

“We are requesting the public’s assistance to help law enforcement locate this dangerous suspect,” Michael Baylous, United States Marshal for the Southern District of West Virginia, said Tuesday. “A person who would intentionally inflict harm upon a police officer, who stands as a symbol of justice within our free society, would not hesitate to harm anyone. Any tips which could aid law enforcement in apprehending this suspect would be greatly appreciated.”

“ATF works closely with law enforcement across the nation each and every day to serve the public, to prevent violent crimes, and to keep our communities safe,” said Special Agent in Charge Ashan M. Benedict, ATF Washington Field Division. “Today, we are requesting the public’s assistance in bringing to justice the violent criminal responsible for using a firearm to attack one of our own. ATF will work tirelessly to see that the criminal responsible for this cowardly attack is apprehended and brought to justice.”

Information concerning the investigation or the whereabouts of Gray can be submitted to the following email addresses: USMS84.TIPS@usdoj.gov, questions@VSP.VIRGINIA.GOV. Should the information be of a critical or urgent nature, please call 911 or local law enforcement directly.

State and federal law enforcement have turned their attention toward the Lynchburg/Roanoke area in the search for a Bluefield man who is the suspect in the shooting of a Bluefield, Va. police officer on Feb 16.

Harold Eugene Neely, 72, of Adairs Run Road, Princeton, died suddenly Sunday, January 19, 2020, at his home. Born July 22, 1947, in Pearisburg, VA, he was the son of the late Jack Junior and Loraine Crawford Neely. Harold loved spending time with his family and being outdoors. He was a retir…

PRINCETON- Jackie Ray Bishop, 74, of the Beckley Road, Princeton, died suddenly early Monday morning, January 20, 2020 at his home. Born May 21, 1945 at Alpoca, he was the son of the late Christopher Columbus Bishop & Verla Marie Green Bishop. Jackie was a graduate of Matoaka High School…