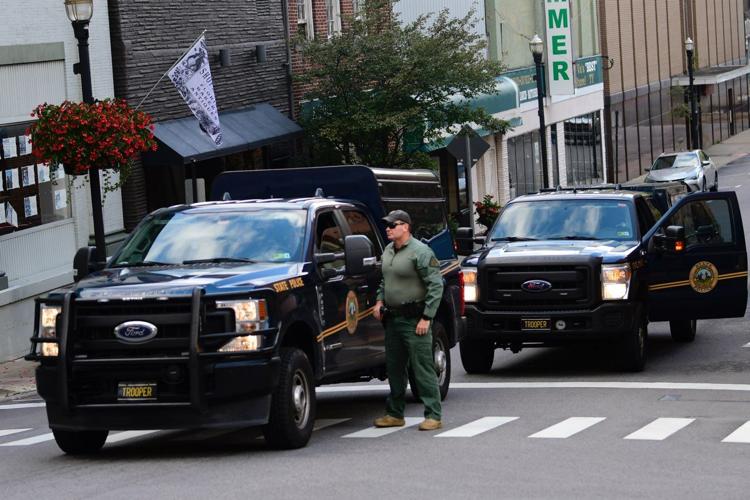 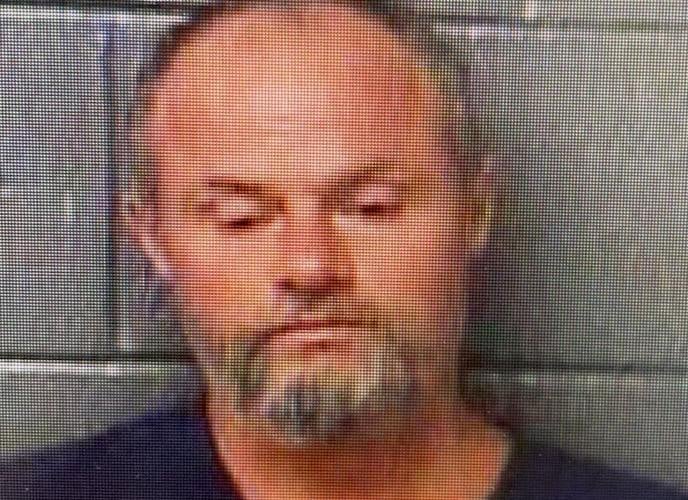 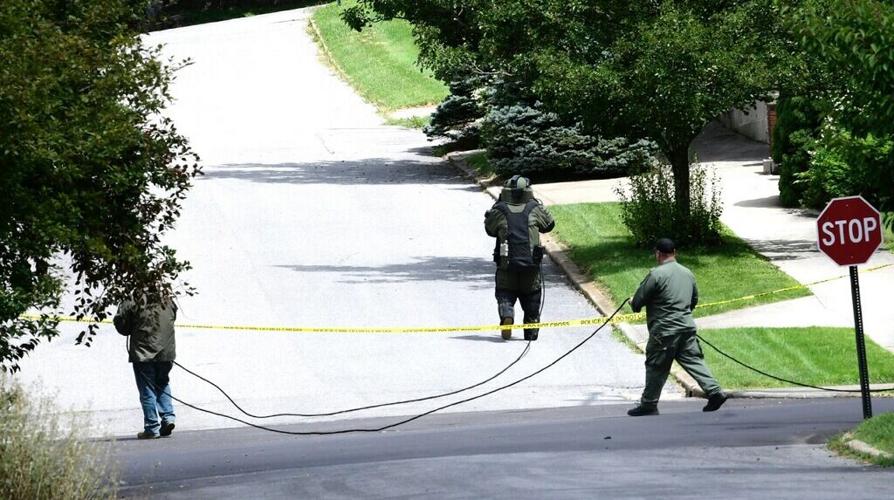 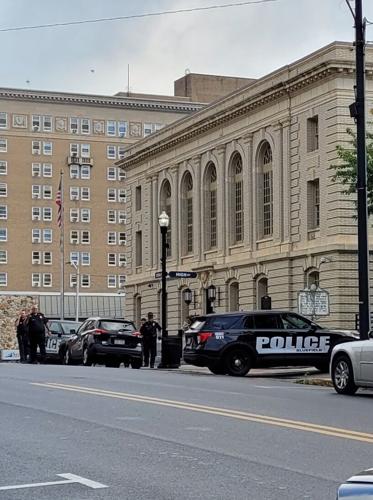 Parts of downtown Bluefield near the federal courthouse have been evacuated, witnesses tell the Daily Telegraph Monday morning.

Parts of downtown Bluefield near the federal courthouse have been evacuated, witnesses tell the Daily Telegraph Monday morning.

BLUEFIELD – A local man has been arrested and charged with felonies including two counts of possession or use of a hoax bomb in commission of a felony after devices were found at a federal courthouse and a church in Bluefield.

James Dean Fowler, 50, of Bluefield has been charged with two counts of possession or use of a hoax bomb in commission of a felony, one count of false reports concerning bombs or explosive devices and two counts of threats of terrorist acts, according to Chief Dennis Dillow with the Bluefield Police Department.

Dillow and City Manager Cecil Marson conducted a press conference at 5 p.m. about the hoax devices left at the Elizabeth Kee Federal Building in downtown Bluefield and at the Westminister Presbyterian Church at Washington Street. Fowler lives in an apartment building near the church. The building was evacuated and his apartment searched, but nothing else was found, Dillow said.

Dillow said there was no specific motive for placing the hoax explosive devices as of Monday. Fowler invoked his right to have an attorney present while being questioned. He was being held at the Bluefield City Jail pending arraignment before a magistrate Monday evening.

The incident began about 8:46 a.m. when officers with the Bluefield Police Department responded to the Elizabeth Kee Federal Building in reference to a call from the Marshals security team about a man who "insisted on seeing a federal agent for national security and a possible threat to their building," Dillow said.

Upon arrival, officers realized that the man had a black bag in which he stated there was an explosive device.

"He was taken into custody and removed from the scene," Dillow said. 'That area was secured and the building was evacuated."

"We were lucky these turned out to be hoax devices," Dillow said.