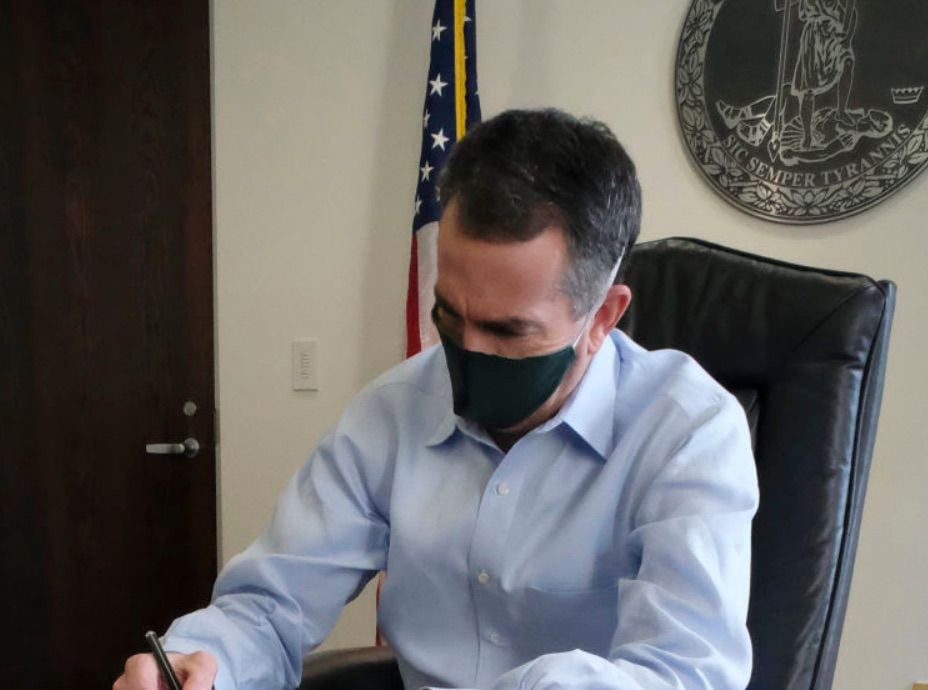 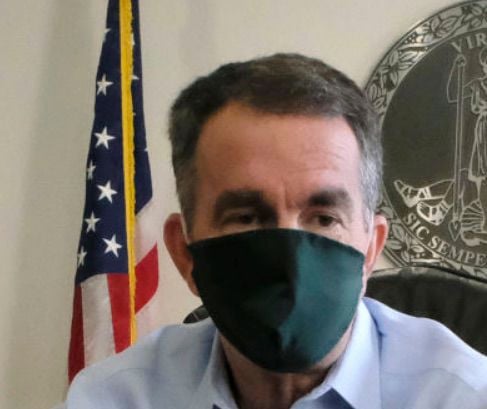 Virginia Governor Ralph Northam wears a mask as he reaches for another piece of legislation to either sign, amend or veto, handed to him by Policy Assistant Grace Kelly in his conference room inside the Patrick Henry Building in Richmond, Va., April 10. 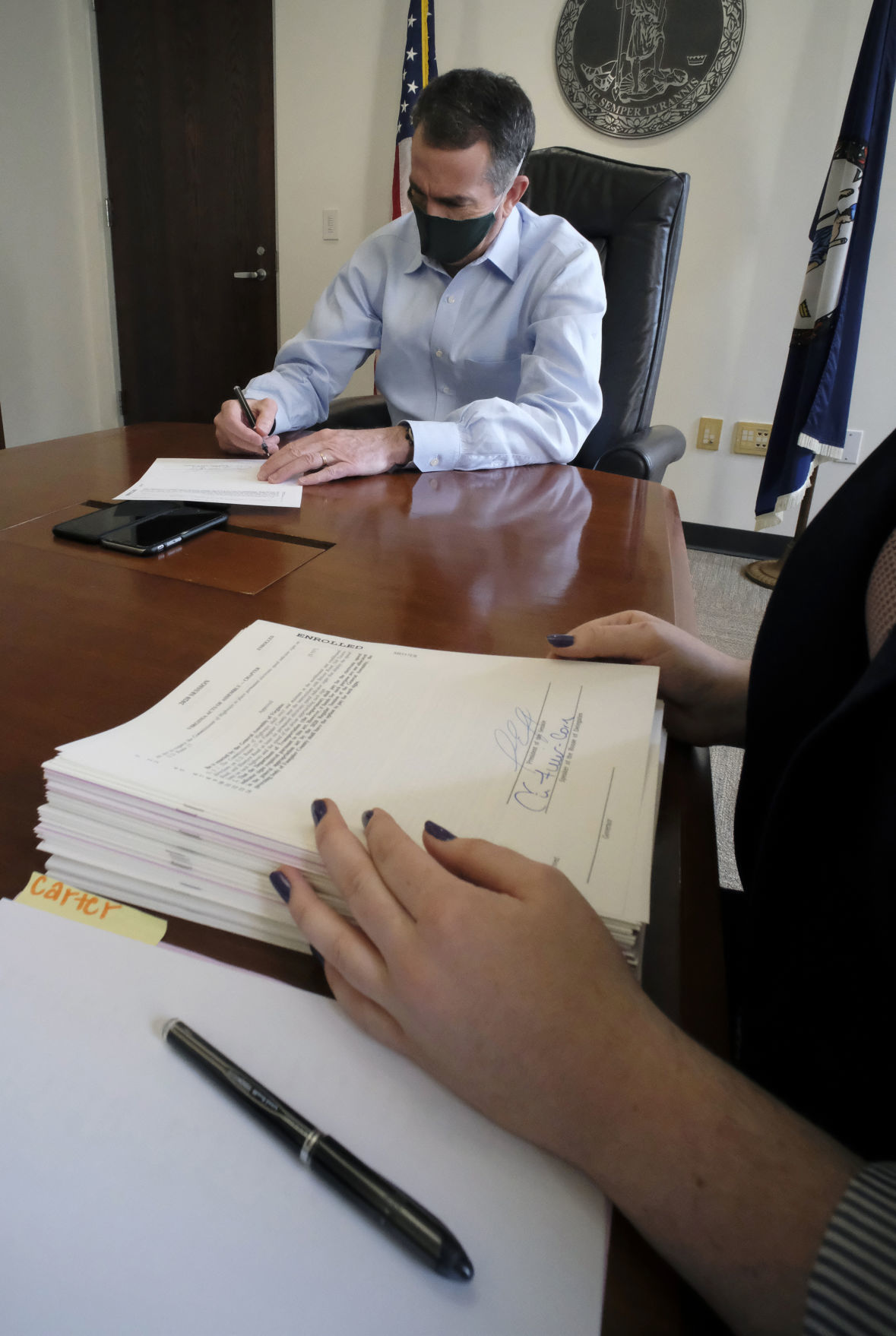 Virginia Governor Ralph Northam wears a mask as he reaches for another piece of legislation to either sign, amend or veto, handed to him by Policy Assistant Grace Kelly in his conference room inside the Patrick Henry Building in Richmond, Va., April 10.

RICHMOND, Va. (AP) — Virginia Gov. Ralph Northam said Wednesday that some parts of the state may keep coronavirus-related restrictions in place longer than the rest of the state.

The governor said areas of the state hard hit by the virus, like northern Virginia and the Eastern Shore, may extend bans on certain business openings and public gatherings that are expected to expire May 15.

“If local governments, based on the situation in their own localities, feel that they need to maintain additional restrictions on gatherings or business operations we will allow that and we will work with the localities,” Northam said.

He added that he's been in regular contact with Maryland Gov. Larry Hogan and District of Columbia Mayor Muriel Bowser about how and when to reopen areas in and around the nation’s capital.

“We realize that the Greater Washington area is an area that we need to pay particular attention to,” Northam said.

Hogan said Wednesday that he’s hopeful the state can start the first phase of its reopening plan, including allowing some small businesses to resume operations, next week. Bowser said Wednesday that she does not have a specific date for the District to start reopening.

The state's population-dense Washington suburbs have some of the highest infection rates in the state, as does the Eastern Shore, where officials are particularly concerned about the spread of coronavirus at large poultry processing plants.

Northam said he plans to have a conference call with northern Virginia elected officials Thursday to see what their “comfort level” is with reopening but he will retain the final say in the types of restrictions local governments can and cannot impose.

Northam announced earlier this week that he expects Virginia to begin the first phase of reopening businesses on May 15, when an executive order mandating certain types of nonessential businesses closures expires.

The governor, a Democrat, has come under increasing pressure from Republican lawmakers and others to reopen the state as some other Southern states have done.

On Wednesday, dozens of cars drove around the Capitol honking their horns in protest. Republican Sen. Amanda Chase, who is running for governor, organized the event. Chase “feels like it's not fair or just that the governor can pick what businesses can be open and what businesses cannot be open,” said her advisor, Philip Search.

For most people, the virus causes mild or moderate symptoms, such as fever and cough that clear up in two to three weeks. For some, especially older adults and those with existing health problems, it can cause more severe illness, including pneumonia, and be life-threatening.

11 a.m. in the Burns Wornal Chapel at Memorial Funeral Directory in Princeton. Burial will follow in the Sarver Cemetery in Spanishburg.

2 p.m. in the Burns Wornal Chapel of the Memorial Funeral Directory in Princeton.