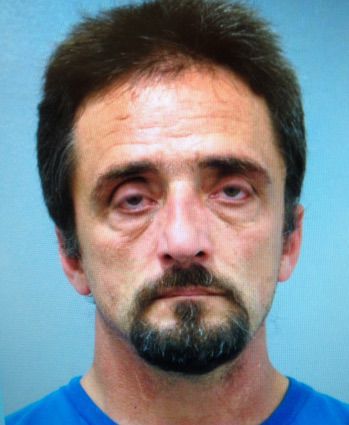 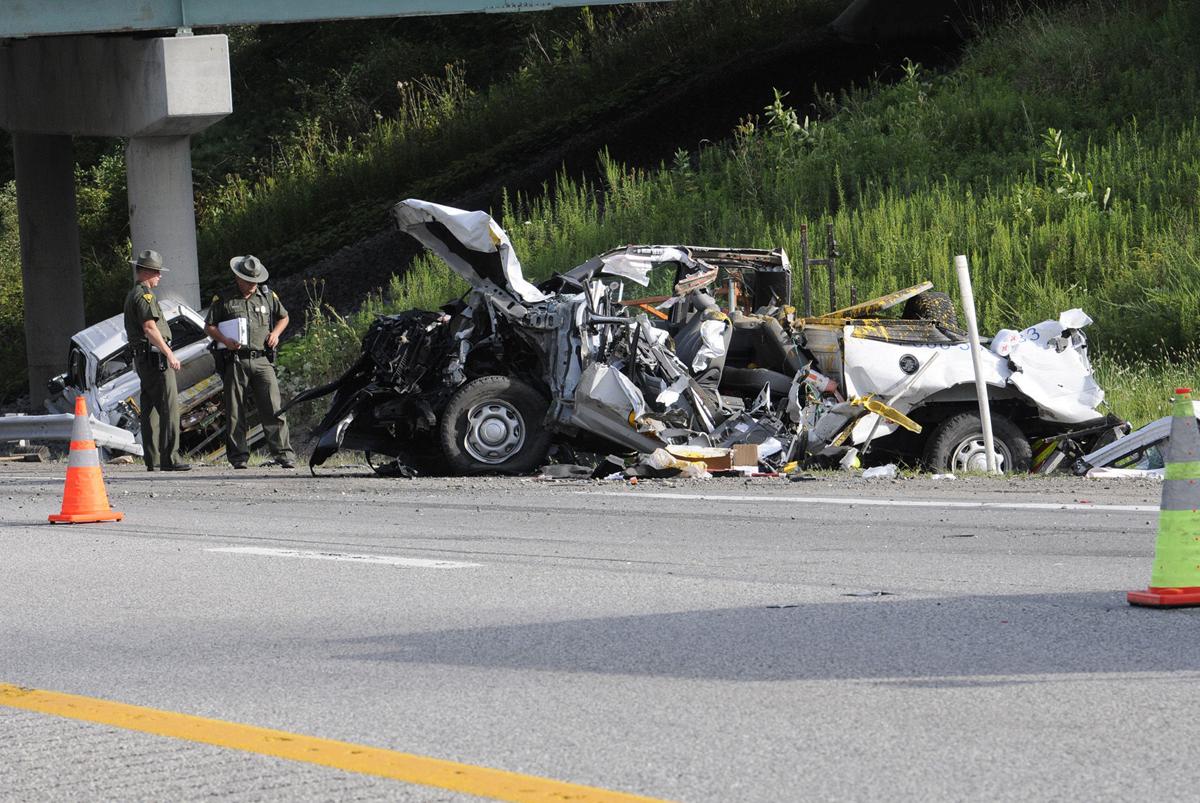 In this file photo, officers examine the damage following an Aug. 16, 2018 crash on Interstate 77 that resulted in the death of two West Virginia Turnpike employees.

In this file photo, officers examine the damage following an Aug. 16, 2018 crash on Interstate 77 that resulted in the death of two West Virginia Turnpike employees.

PRINCETON — Two charges of negligent homicide have been dismissed in the case of an Ohio truck driver who was charged after the August 2018 crash on Interstate 77 which killed two West Virginia Turnpike employees and injured a third.

James Richard Crandall, 53, of Reesville, Ohio was charged with two counts of negligent homicide, one count of failure to maintain control, reckless driving, unsafe vehicle and following too closely after an Aug. 16, 2018 crash along Interstate 77 at mile marker 22.5 near Camp Creek. Crandall was driving a semi tractor-trailer with double trailers when the crash occurred.

“The defendant failed to allow ample distance to safely reduce speed and crashed his vehicle into two WVPA (West Virginia Parkways Authority) vehicles, one WVPA trailer, and three WVPA workers,” Cpl. C.I. Fields with the West Virginia State Police-Parkways Authorities said in his criminal complaint. It was later determined that the second trailer’s brakes were disengaged at the time of the crash.

Nathan Thompson, 32, and Richard Lambert, 23, died as a result of their injuries. A third person, Ethan Kestner, 19, sustained injures, but survived, Fields said in the report.

Crandall came before Magistrate Susan Honaker on Aug. 16 for a plea hearing, according to court records at the Mercer County Magistrate Clerk’s Office. In that plea, Crandall pleaded guilty to reckless driving and operation of a vehicle without required equipment or in an unsafe condition.

The state agreed to no jail time, according to court documents. The reckless driving charge came with a $25 fine, and the operation of a vehicle without required equipment charge had a $5 fine. Crandall was assessed court costs on both the charges. Both charges of negligent homicide and the speeding charge were dismissed.

In West Virginia, negligent homicide carries up to a year in prison and a fine of $100 to $1,000 or both. Under the state statue, negligent homicide is “when the death of any person ensues within one year as a proximate result of injury received by the driving of any vehicle anywhere in this state in reckless disregard of the safety of others.”

“After evaluating all the evidence in the case, we decided we could not make a case that the evidence would show that he had acted with willful indifference for the safety of others,” Prosecuting Attorney George Sitler said Wednesday. “It was a terrible situation, an accident in a very hazardous stretch of road and the best we could hope for was to get the reckless driving rather than the negligent homicide.”

“Evidence did not support willful indifference to the safety of others,” Sitler said. “That’s a necessary element of negligent homicide.”

3 p.m., at the Burns Wornal Chapel of the Memorial Funeral Directory in Princeton. Burial will follow on Monday at 2 p.m. at Roselawn Memorial Gardens, Princeton.