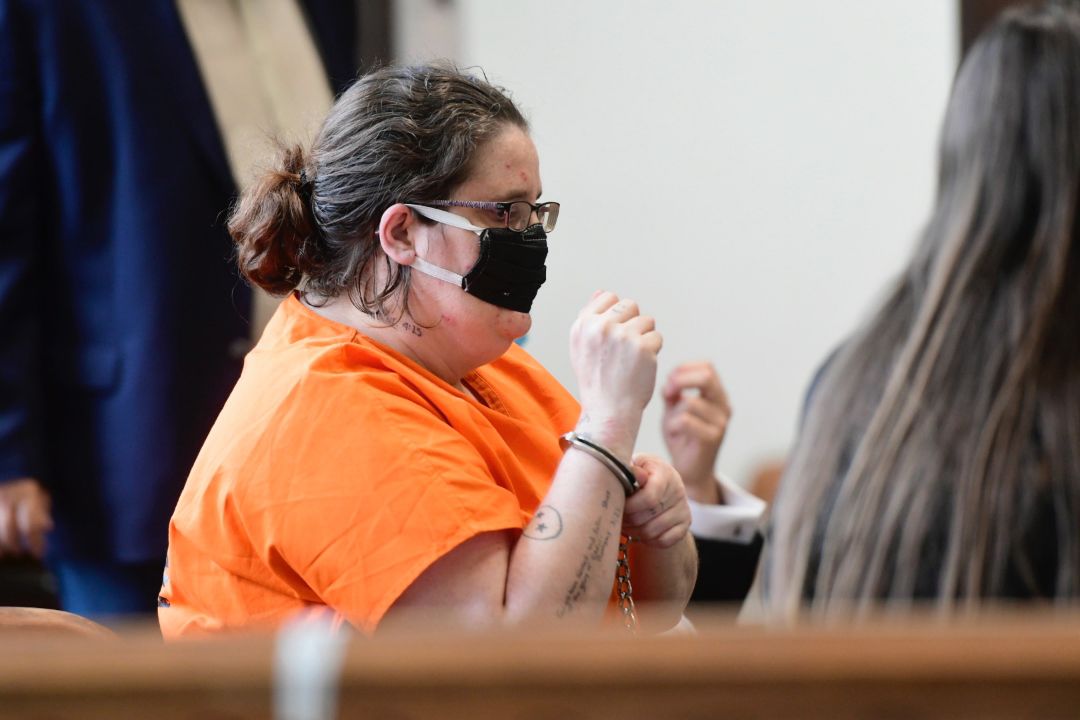 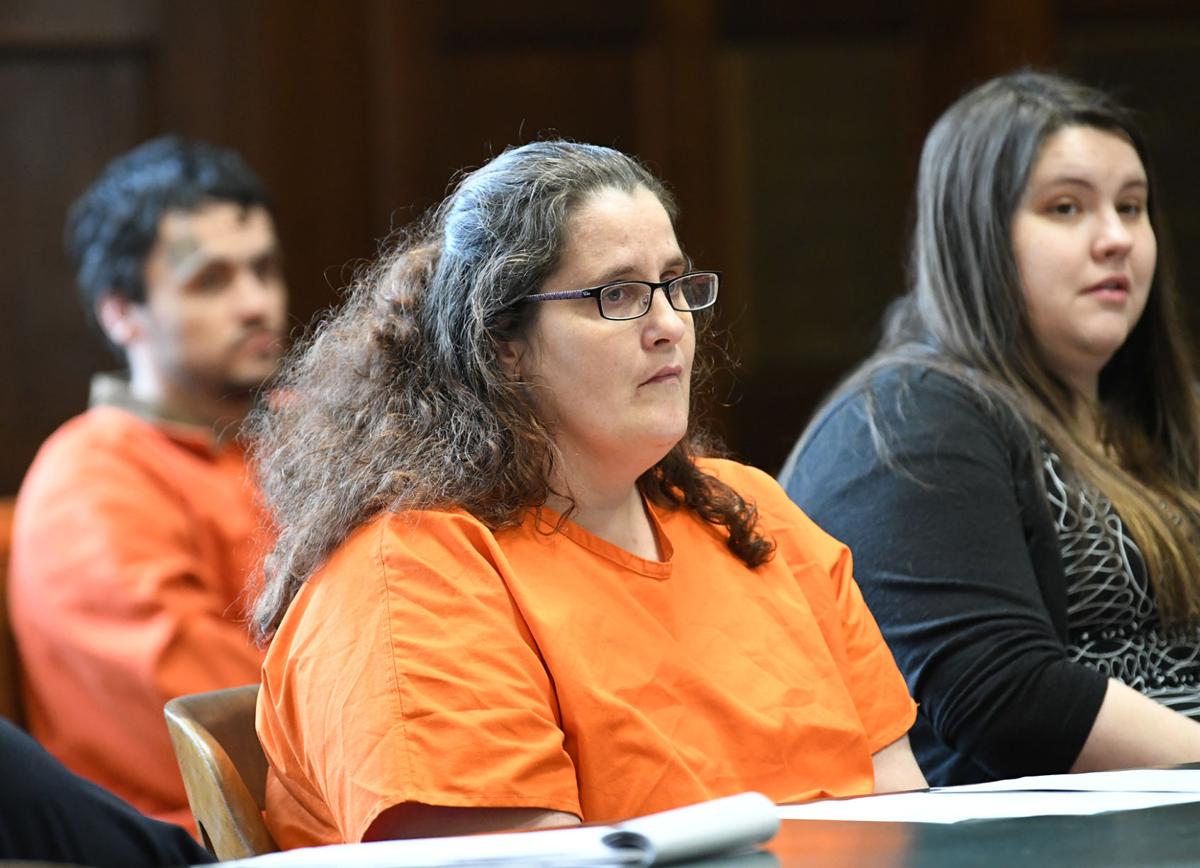 Elizabeth Haway said the words ‘I’m guilty’ seven times during her time in Judge Sadler’s court on Monday in Princeton.

Elizabeth Haway said the words ‘I’m guilty’ seven times during her time in Judge Sadler’s court on Monday in Princeton.

PRINCETON — A woman who pleaded guilty last year to first-degree sexual assault, sexual abuse and incest involving videos of a child subjected to sexual acts learned Wednesday that she will be 88 years old before she's eligible for parole.

The case started on April 2, 2018 when Detective-Sgt. Steve Sommers, with the Mercer County Sheriff’s Office, responded to a cyber tip that was received from the National Center for Missing and Exploited Children involving the distribution of child pornography through Facebook Messenger.

In a criminal complaint, Sommers stated that he reviewed the video file and it showed an adult male engaging in a sexual act with a prepubescent female child. Sommers also found graphic messages between Haway and another Facebook user, according to the complaint. He then obtained and served a search warrant on Facebook, compelling them to disclose Facebook records for Haway.

“As I searched her Facebook records further, I found two video files that were approximately 3 minutes and 21 seconds (each) in length that had been sent to another Facebook user,” Sommers stated in the complaint. After viewing the video file that included audio, he saw that it showed an adult female with the prepubescent female engaging in sexual acts.

“I estimated the age of the child to be between 5 and 6 years of age,” Sommers said in the report. “I also observed that the bathtub had distinct cracking of the molding at the wall and bathtub and that the adult female had a tattoo on her finger of a smiley face (two dots and a line).”

Sadler said as he sentenced Haway that "lifelong damage has been inflicted on this child."

Sitler estimated that this gave Haway a sentence of 45 to 155 years in prison. She will be about 88 years old when she is eligible for parole.

Sadler informed Haway that if she is ever released from prison, she will be required to register with the West Virginia State Police as a sex offender and serve 20 years of supervision.

Trial for woman accused of sexually abusing minor set back

PRINCETON — The trial of a Princeton woman facing sex abuse charges has been moved to Jan. 2…

Trial for woman accused of sexually abusing minor set back

PRINCETON — The trial of a Princeton woman facing sex abuse charges has been moved to Jan. 2…