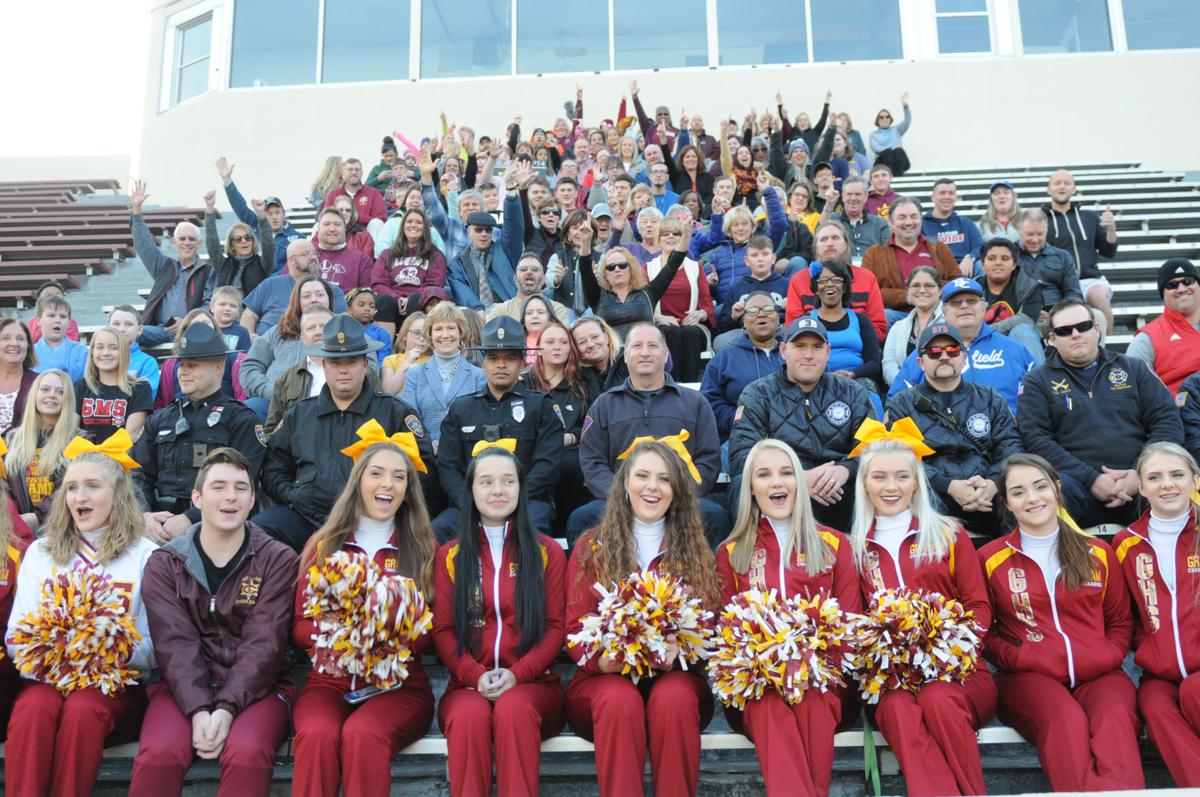 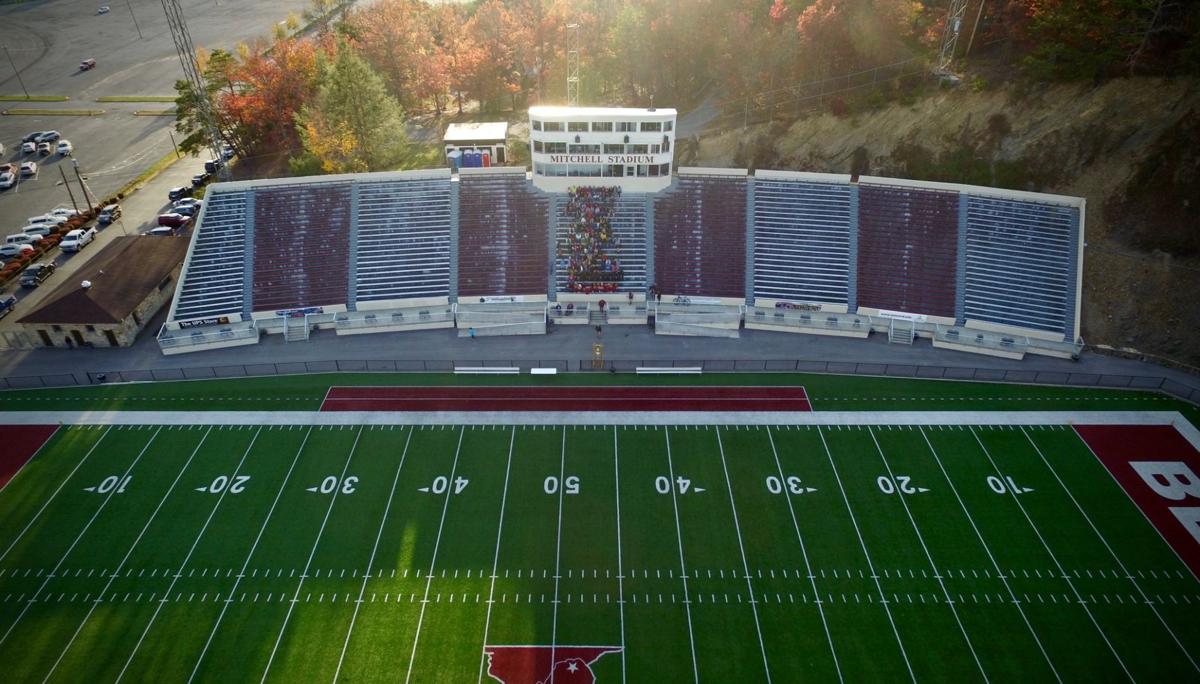 BLUEFIELD — West Virginians and Virginians converged Monday on Mitchell Stadium to celebrate the fact that more than two million votes had won it the title of America’s Best High School Football Stadium.

Mitchell Stadium was one of 16 high school football stadiums from across the nation competing in the USA Today Best High School Football Stadium Competition. The local stadium, used by high school football teams in West Virginia and Virginia and known for the annual game between the Bluefield Beavers and the Graham G-Men, won the contest’s final round Monday against R.R. Jones Stadium in El Paso, Texas.

Cheerleaders and athletes from both Bluefield High School and Graham High School came to Mitchell Stadium along with local fans Monday afternoon to be in a celebratory photograph being shot for the Bluefield Daily Telegraph.

“On behalf of the city of Bluefield, I am extremely pleased that Mitchell Stadium has been designated as America’s Best High School Football Stadium, Mayor Ron Martin of Bluefield said later. “This victory is a result of the loyalty and dedication of thousands of present and past residents, family, and friends of the two Virginias, who showed their love for Mitchell Stadium by continuously casting votes on its behalf.”

“I’d also like to extend congratulations to the city of El Paso and to Mayor Dee Margo for an excellent race. R.R. Jones Stadium is a beautiful facility of which the citizens of El Paso are justly proud. Thank you again to everyone who voted and to all of the residents of the two Virginias. Your love of community makes this a wonderful place to live and is a testament that when we all work together, we win,” Martin said.

People cheering at Mitchell Stadium said that winning the title was a win for both states.

“It was great for the community to come together,” Josh Grubb of Bluefield, who was also a Graham High School graduate, said as people arrived at the stadium. “It just shows the pride we have for our sports and for the Beavers and the G-Men.”

Debbie Lunsford of Bluefield was excited about the stadium’s new title.

“Oh my goodness, I’m ecstatic,” she said. “Yes, we’re the best of the best. It’s two states coming together as one. It’s pride.”

“High school football in West Virginia is a tradition that brings our communities together, and I’m proud that the Mountain State is home to America’s best high school football stadium. Congratulations to the city of Bluefield and Beaver nation,” Manchin said in his message.

Winning the national title will be a new plus for the region.

“I just think it’s a great way to market the stadium,” Jame Null, executive director of the Mercer County Convention & Visitors Bureau said. “Any time you can add a tag line to one of your local venues or attractions, you give it more priority. You’re adding a little of pizazz to that. Bragging rights are great marketing tools. Any time you’re talking about the stadium, you can slide that accolade in so people might be more inclined to come check it out, go to a game and bring high school football championships to Mercer County.”

“When we’re together, things can be accomplished,” Kevin Crane of Bluewell said as he left the stadium. “It doesn’t matter what state you’re from.”