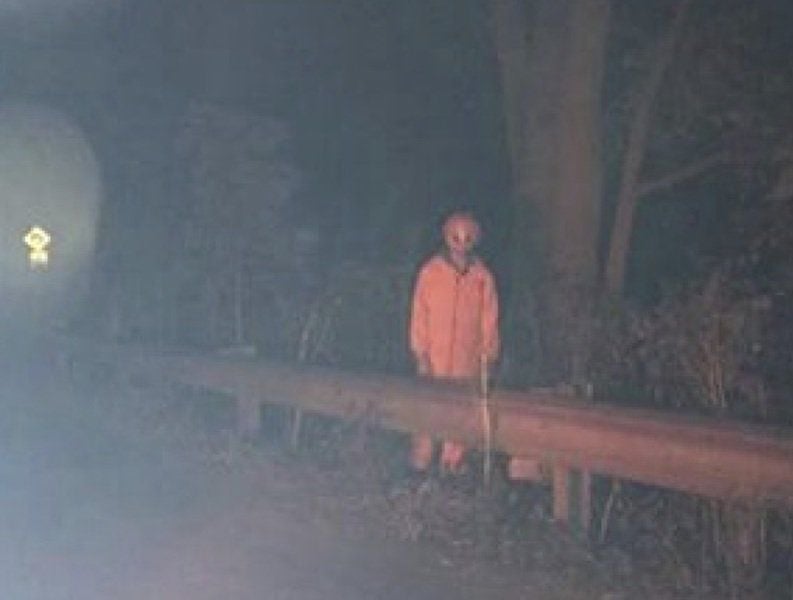 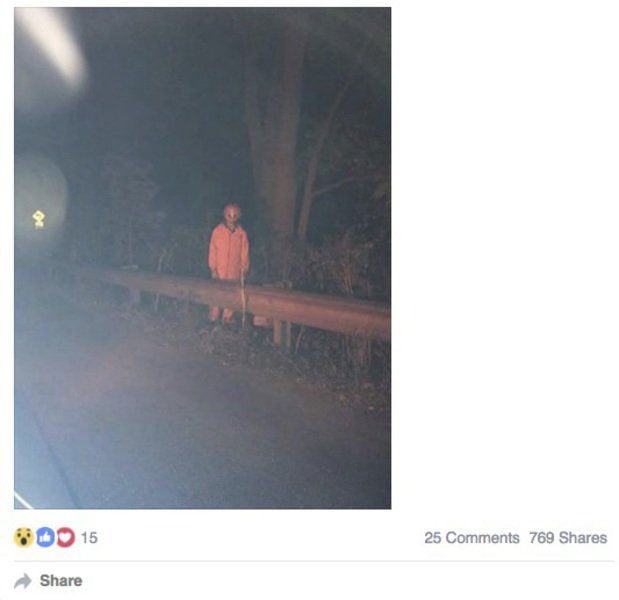 DUHRING — A photograph of a creepy clown standing along a rural Mercer County road is creating a stir on social media.

The clown was photographed standing along Simmons River Road at night. The photograph in question has gone viral, having been shared online more than 700 times. It also was shared with the Mercer County Sheriff’s Office.

Deputies with the sheriff’s office are investigating the photograph, and attempting to determine where it originated from, Chief Deputy Darrell Bailey said.

“Again, we don’t know the person’s purpose, and if someone took the picture just to scare folks,” Bailey said. “But it’s dangerous, and dangerous for them if it’s a joke. We would like to put a stop to it — whatever it is. I have a deputy working on it, and trying to figure out where the picture originated, and who was the first person to post it.”

Facebook posts to the clown sightings have varied — with some comments ranging from the clown being “kinda creepy” and “causing nightmares” to looking like “a dork.” Another person responded by posting the hashtag #clownlivesmatter.

In recent weeks, creepy clown sightings in South Carolina have been in the news. According to national media reports, the alleged individuals dressed in the clown suits have been trying to lure children into the woods. The clown reports in South Carolina also have spread through social media.

Bailey said he didn’t know if the person dressed as a clown in Mercer County was inspired by the South Carolina stories or not.

“I feel like that is why this picture at Duhring was taken just to shake folks up,” Bailey said. “I feel like it was a set-up, but there were a couple of people who saw the guy. From the picture to me it appears to be someone in an orange jumpsuit with some kind of mask on. From the picture, you can’t tell if it is a clown mask or some type of Halloween mask. So we are trying to find out the source of that picture to see if someone has done it as a joke.”

Donna Lowe, who works at the nearby Mud Pit ATV Resort, said she believes the photograph is a prank.

“I have no reason to be concerned because I feel like it was just a prank,” Lowe said. “At this point, I don’t feel like there is anything more to it than a prank.”

Bailey said there is a section of state code in West Virginia that prohibits the wearing of a mask in public. Bailey said anyone who sees such a clown standing along the road — creating a potential hazard — is asked to call 911 or their local law enforcement agency.

Creepy clowns may be joking, but police are not amused

Despite startling people for a laugh, the act of wearing a mask in public is illegal in almost every situation, the news release from the Fayette County Sheriff's Office said.

TAZEWELL, Va. — A juvenile has been arrested on charges of making threats to harm someone on school grounds following an investigation into on…

In fact, the story of the creepy clown and the baby that was cared for by the troopers were the top two read stories on the Daily Telegraph's website in 2016.

2 p.m. at Cravens-Shires Funeral Home in Bluewell. Interment will follow at Woodlawn Memorial Park in Bluewell