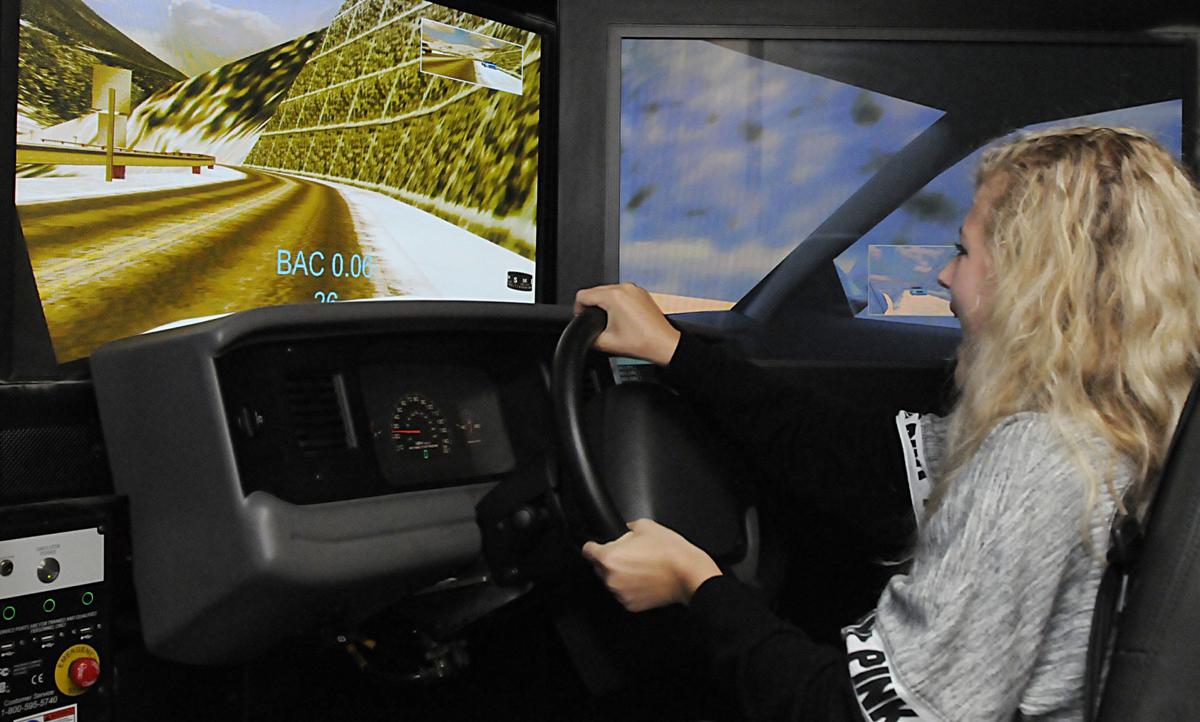 Princeton High School student Audrey Henderson crashes on the DUI simulator as her simulated blood alcohol content gets to .06 during the event. 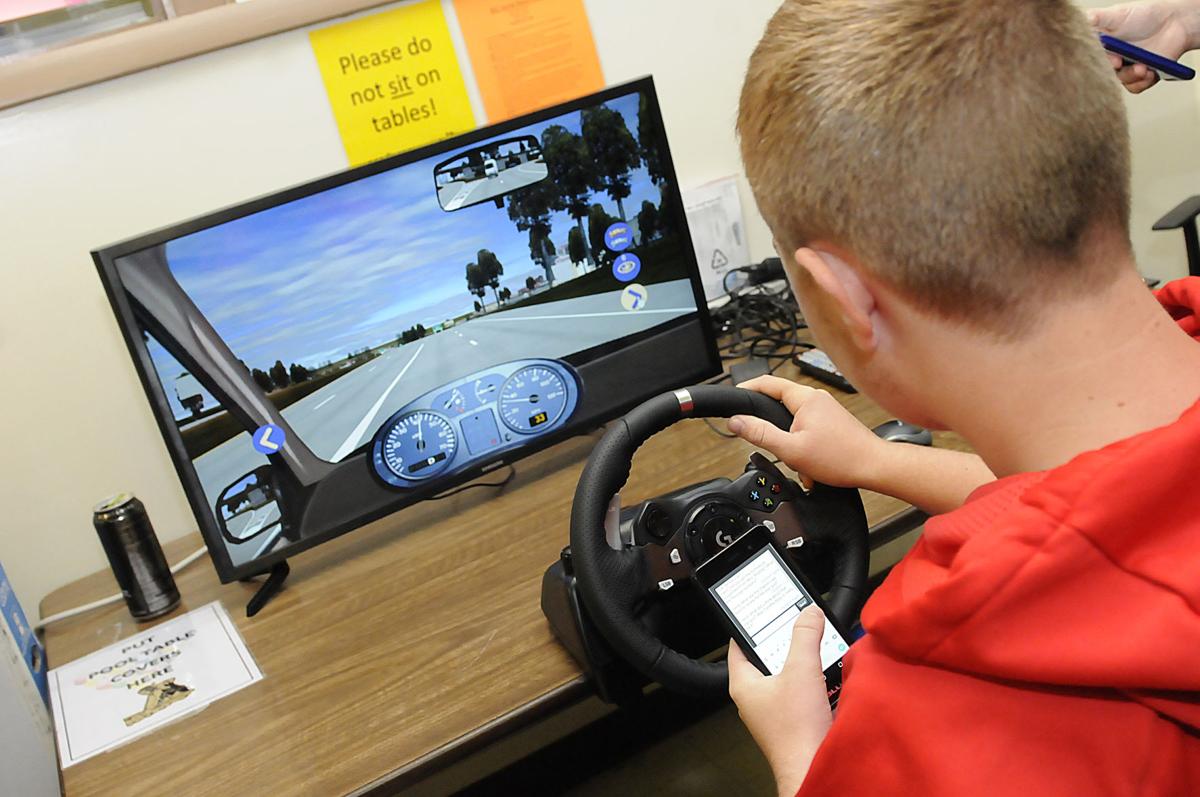 Christian Ballard, a Princeton High School Driver's Education student, tries his hand at the distracted driving simulator during the Stay Alive, Think & Drive event at the student center on the campus of Bluefield State College, Tuesday. The event, which was sponsored by Coalfields Highways Safety Program, Bluefield State College and the Mercer County Sheriff’s Department, continued through Thursday.

Princeton High School student Audrey Henderson crashes on the DUI simulator as her simulated blood alcohol content gets to .06 during the event.

Christian Ballard, a Princeton High School Driver's Education student, tries his hand at the distracted driving simulator during the Stay Alive, Think & Drive event at the student center on the campus of Bluefield State College, Tuesday. The event, which was sponsored by Coalfields Highways Safety Program, Bluefield State College and the Mercer County Sheriff’s Department, continued through Thursday.

BLUEFIELD — Playing corn hole, throwing a ping pong ball back and forth or driving an imaginary car down an imaginary road sounds simple enough, but local high school students learned this week that these tasks aren’t so easy when alcohol enters the equation.

Mercer County high school students visiting Bluefield State College this week to experience the West Virginia Coalfields Highway Safety Program. During their visits to the campus’s Student Center, they have the opportunity to get behind the wheel of DUI simulators. While some students tried the simulator, their classmates put on what looked like workshop goggles and tried playing simple games requiring eye and hand coordination.

“There’s two of you!” one young man yelled to another as a ping pong ball bounced across the floor. The goggles were making a game of catch almost impossible. “One over here and one over there!”

Coach Ted Spadaro of Princeton Senior High School, who is also the school health and driving instructor, watched while his students faced their DUI challenges.

“This is a great experience for these kids to go through,” he said. “The driving simulators and the drunk driving goggles give them the feeling that they’re intoxicated. They give them the feeling of what it’s like to try to drink and drive. We really appreciate Bluefield State for hosting this. It’s not just for Princeton, but for the surrounding area.”

Cody Hall, a junior at PSHS, tried the DUI simulator and found that his blood alcohol level kept going up while he drove down the simulated mountain roads. Controlling the car kept getting harder.

“It just gets crazier,” Hall recalled. Next, he tried playing corn hole while wearing DUI goggles. The simple game became a lot more challenging; by interfering with vision, they simulate the lack of balance and impairment that comes with drinking alcohol.

“All the beanbags I threw went way off target,” he said. “As you looked around, everything was blurry. As you walked around, you stumbled.”

“When you put them on, your perception goes off,” he stated. “You have no idea what you’re doing. You lose your balance and you have blurry vision.”

Freshman Audrey Henderson drove the simulator’s mountain road and hit a pedestrian. She also had to contend with oncoming tractor-trailers.

“The trucks kind of swerved in the lanes that I was in and it was hard to get around them,” Henderson recalled.

“We try to make it as West Virginia realistic as possible,” Pickens said. “There’s a multitude of different things they can encounter from pedestrians to animals and other impaired drivers.”

Officer S.N. Ballard of the Bluefield State College Campus Police turned as a student stumbled and fell down while trying to catch a ping pong ball.

“You guys be careful, please,” she called out. Each set of goggles gives the wear a different alcohol level experience. The highest level is .2.

After all the students tried games while wearing the goggles and drove on the DUI simulators, Ballard reminded them of other things that impair driving, mainly trying to text or talk on a cellphone. Losing even a moment’s attention to sending or reading a text message can be dangerous.

2 p.m., at the Gloryland Baptist Church in Camp Creek. Interment will follow at McComas-Crotty Cemetery, Pinoak.

11 a.m., at the Deliverance Temple Church in Brushfork. Entombment will follow at Woodlawn Memorial Park Mausoleum.

10 a.m., at Memorial Funeral Home in Princeton. A graveside service will follow at Roselawn Cemetery, Princeton.