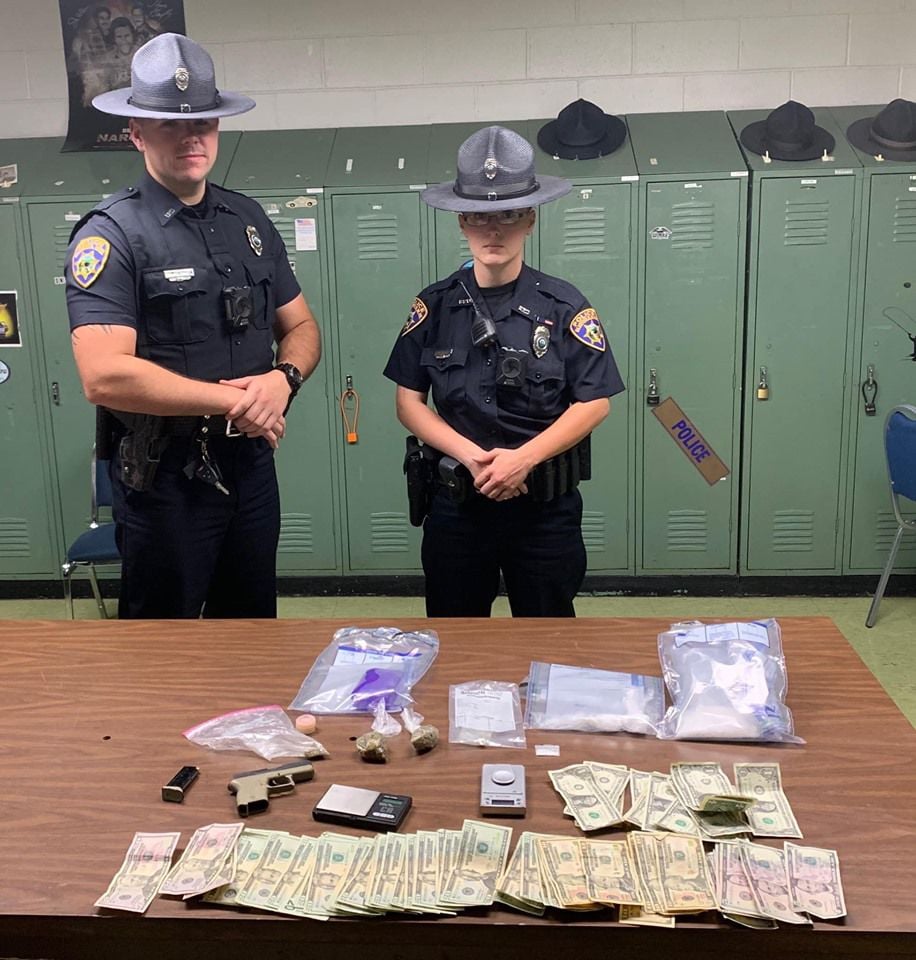 Patrolman R.V. Johnson, left, and Patrolman A.M. Thompson stand with evidence collected at the conclusion of an investigation that yielded an accumulation of narcotics, U.S. currency, and a fugitive from justice, in Bluefield. 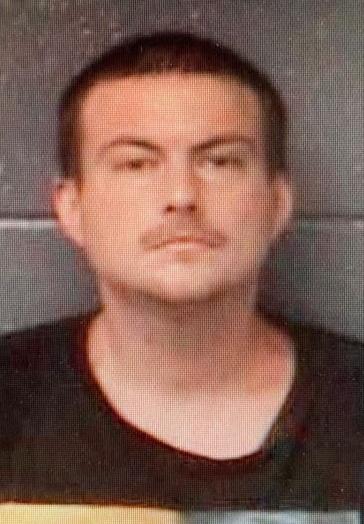 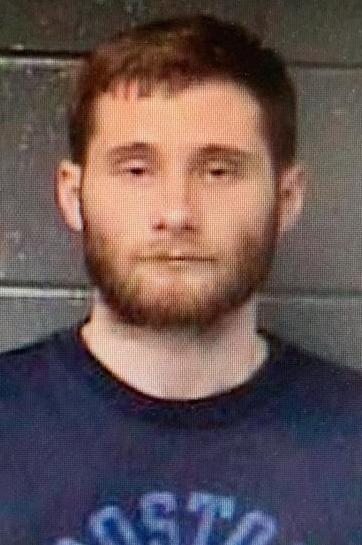 BLUEFIELD — The conclusion of investigation yielded an accumulation of narcotics, U.S. currency, and a fugitive from justice, in Bluefield.

After obtaining a search warrant for the Economy Lodge, in Bluefield, Patrolman R.V. Johnson, and Patrolman A.M. Thornton, searched the premises, according to a release from the Bluefield Police Department.

Within the premises, officers discovered and arrested David Crockett, 35, of Bluefield and Robert Justin Day, 28, of Bluefield. Charges against Crockett and Day include drug-related charges as well as violations involving a firearm, according to the release.

The two are now awaiting arraignment. It was also discovered that Crockett is a wanted fugitive out of Tazewell County.

Also found was a .380 caliber DiamondBack handgun, four bullets, and $785 in U.S. currency, according to the release.