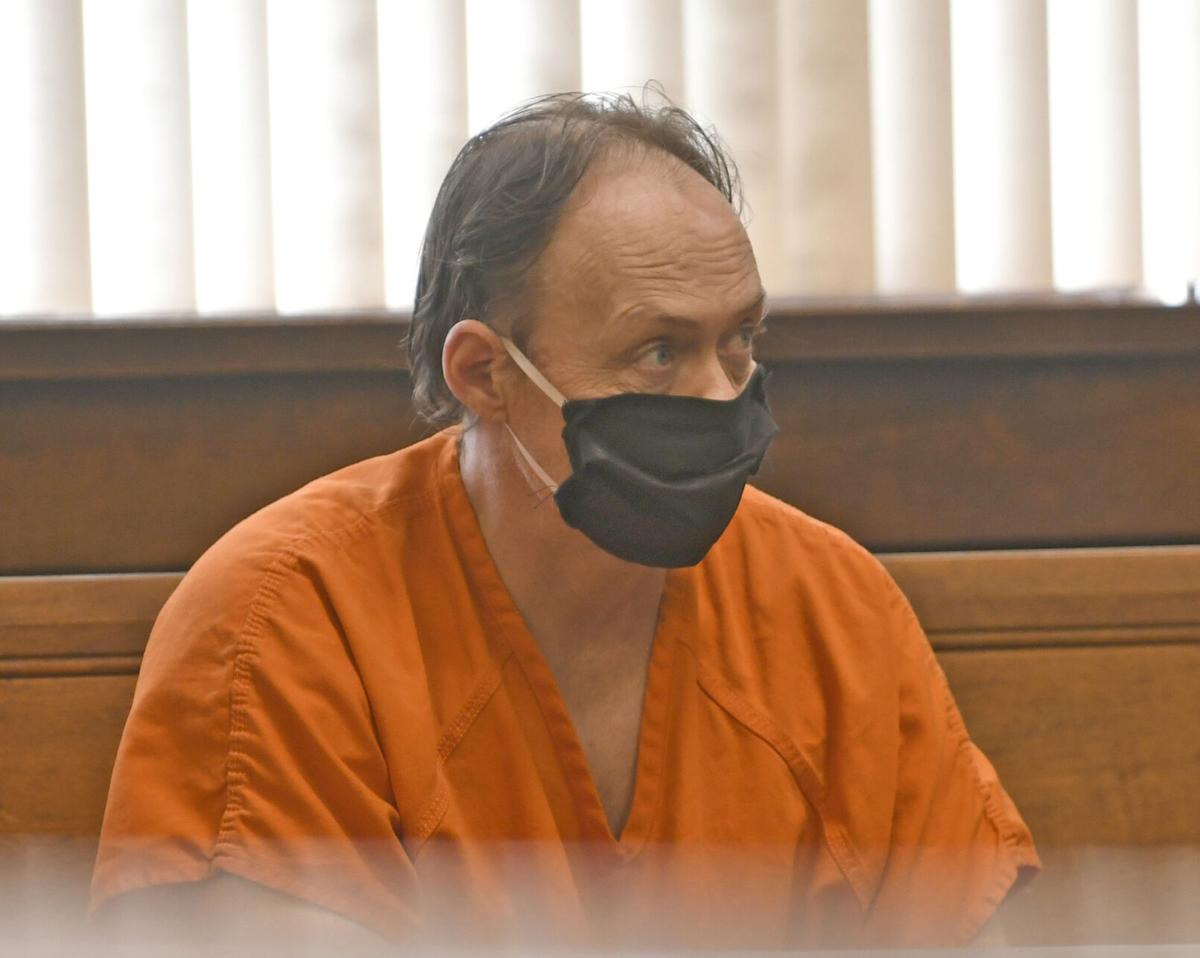 Darrell Wesley Hazelwood, 48, of Princeton, appears before Circuit Court Judge Derek Swope for a status hearing, Tuesday. Hazelwood is charged with first-degree murder and will go on trial in August. 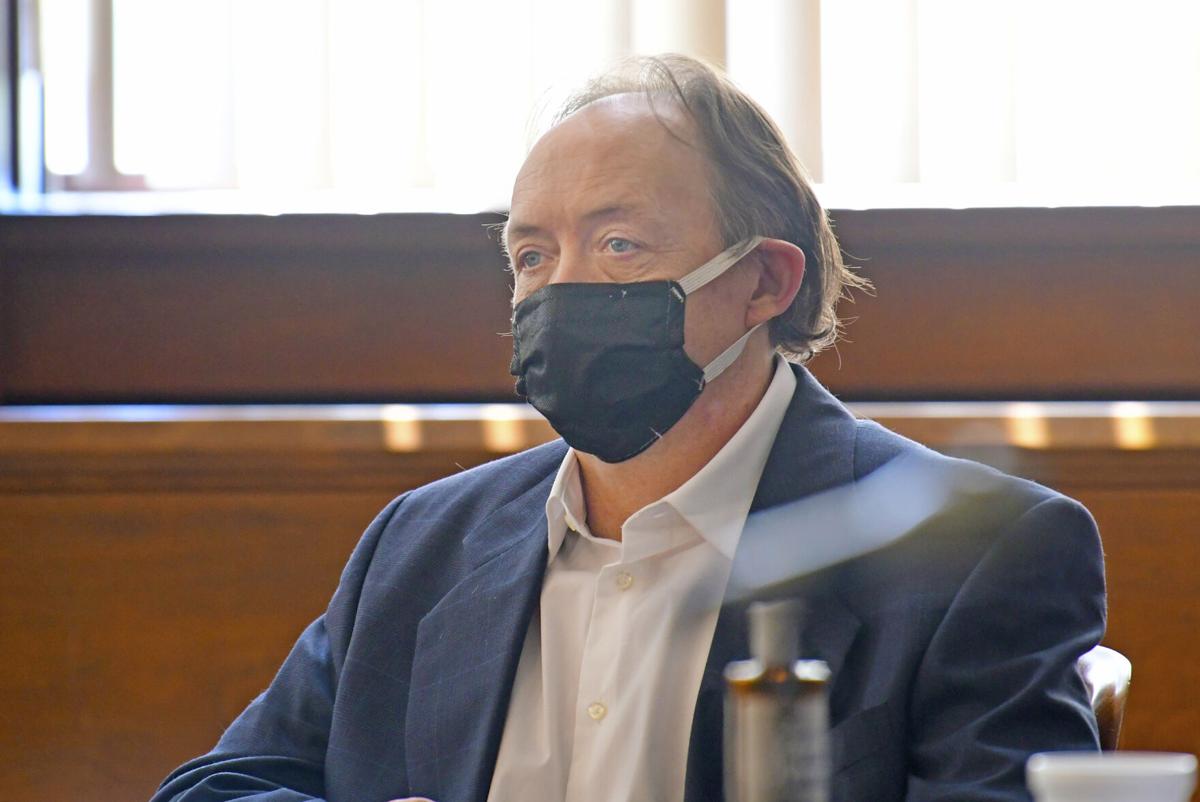 Darrel Wesley Hazelwood, 48, of Princeton, appears before the court and jury for the first day of his trial at the Mercer County Courthouse. 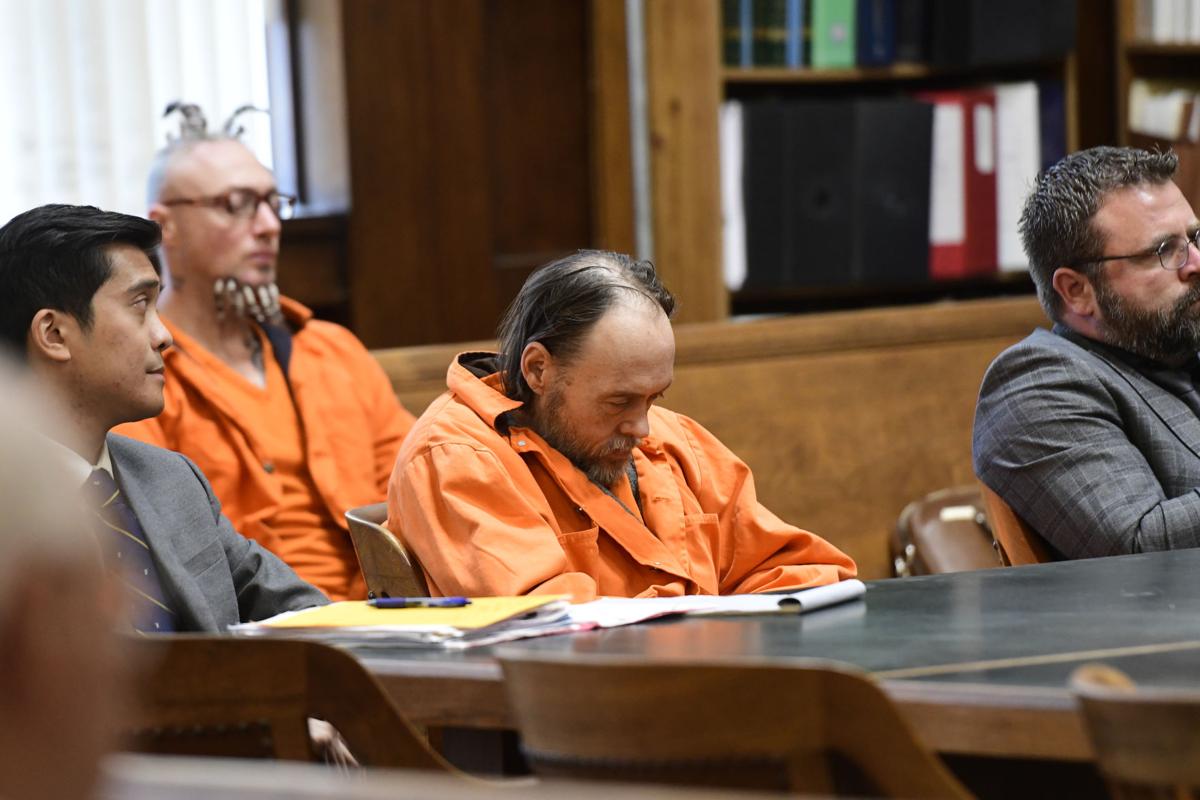 Darrell Wesley Hazelwood, 48, of Princeton, appears before Circuit Court Judge Derek Swope for a status hearing, Tuesday. Hazelwood is charged with first-degree murder and will go on trial in August.

Darrel Wesley Hazelwood, 48, of Princeton, appears before the court and jury for the first day of his trial at the Mercer County Courthouse.

PRINCETON – A Mercer County man found guilty of second-degree murder in the August 2019 shooting death of a Princeton-area woman was sentenced Wednesday to a term of 40 years in prison.

On Aug. 19, a circuit court jury found Darrell Wesley Hazelwood, 48, of Princeton guilty of second-degree murder. Hazelwood was arrested and charged with first-degree murder after the Aug. 10, 2019 death of Princeton-area resident Tessa Hill outside her parents' home on Murdock Street near Princeton.

Circuit Court Judge Derek Swope sentenced Hazelwood to a term of 40 years in prison, the maximum he could receive for second-degree murder, according to records at the Mercer County Circuit Clerk's Office.

Assistant Prosecuting Attorney John McGinnis said during the trial that Hazelwood and Hill had an argument earlier that day. Hazelwood arrived at her parents' home and fought her boyfriend, Ronnie Ferrell. Detective-Sergeant S.A. Sommers with the Mercer County Sheriff's Department said in his criminal complaint that Hazelwood told Ferrell that Hill had "disrespected him and that he needed to "slap" her around. Hill had told Ferrell earlier that she was being accused of stealing money. Hill and Ferrrell were living with Hazelwood at that time.

Ferrell said during testimony that he had hit Hazelwood's head against the pavement. A forensic pathologist testified that Hill did not have any injuries indicating that she had taken part in the fight.

Hazelwood, who had been beaten, rose to his feet, reached into his pocket, took out a gun and chambered a round, McGinnis told the jury during his closing arguments. He fired at Ferrell, who was stumbling, and missed. He then turned to Tessa Hill, who was on the ground after her father pulled her away from Ferrell, and shot her before or after saying, “I’ll teach you to double team me.”

Attorneys representing Hazelwood argued that their client had acted in self defense. Witnesses said that two shots were fired, but evidence of only one shot could be found at the scene. McGinnis argued that the way Hill's body was found on the ground, and that a live round and a spent shell casing were found near her, were consistent with her wound.

McGinnis said after the hearing Wednesday that Hazelwood could be eligible for parole after serving 10 years, but whether he would be paroled would be up to the state parole board.

With good behavior, Hazelwood could discharge his sentence in 20 years; however, this depends on his behavior in prison, McGinnis said.

"This is contingent on him being a model prisoner," McGinnis stated. "That means he's got to be good in prison. He's got to do what he's told."

The jury deliberated for about an hour before reaching its verdict. Circuit Court Judge Derek Swope informed Hazelwood that he is facing a determinate term of up to 40 years in prison. Hazelwood was facing life in prison for first-degree murder. He is currently being held at the Southern Regional Jail.

Robert H. "Bob" Raines, 79, of Cedar Bluff, VA, passed away on October 20, 2020. A native of Russell County, Bob was preceded in death by his wife of 38 years, Carol Myer Raines, and his parents, John "Hub" Raines and Mary Helen Raines. He is survived by his daughters: Robyn Allene Raines of…