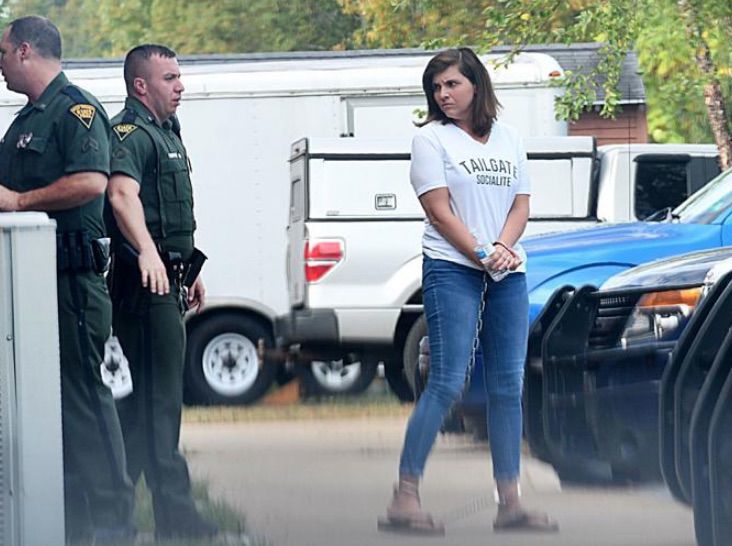 Natalie Cochran, left, is escorted out of the West Virginia State Police office in Beckley in handcuffs in this file photograph. 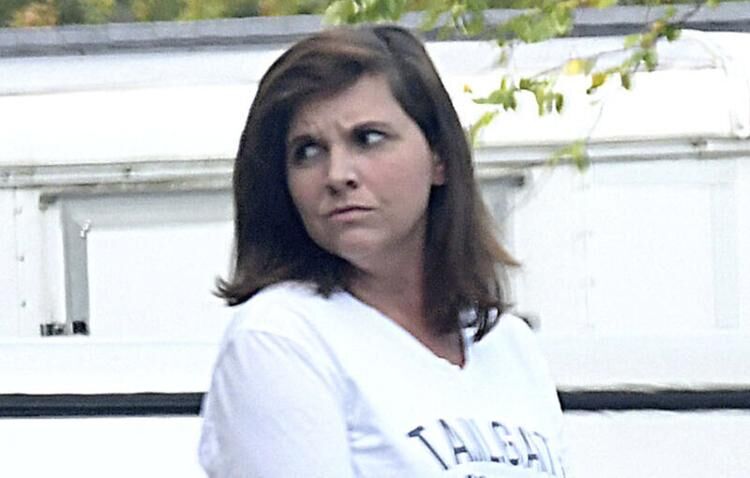 Natalie Cochran, left, is escorted out of the West Virginia State Police office in Beckley in handcuffs in this file photograph.

A Daniels pharmacist who is serving 11 years in federal prison for operating a Ponzi scheme has been indicted on a first-degree murder charge in the death of her late husband.

Cochran is accused of murdering her husband, Michael Cochran, 38, who passed away on Feb. 11, 2019, at Bowers Hospice House.

In 2020, the mother of two pleaded guilty to one count each of wire fraud and money laundering and agreed to serve between 37 and 135 months in prison and to pay restitution to her victims of about $2.6 million.

Cochran was ordered in March by U.S. District Court of Southern West Virginia Judge Frank Volk to report to prison to begin serving her sentence by May 1.

She is currently at Federal Correctional Institute-Hazelton in Bruceton Mills, WV.

“It’s important we did this now,” Hatfield said Friday. “We didn’t want to wait.

“We felt we had the case to present. We didn’t want to merely wait until the expiration of her federal sentence, because that would’ve been an undue delay in her case.”

Hatfield said that additional testimony and more physical evidence had come to light over the past few months.

“It’s a highly complicated case so we just needed more time to discover more of that,” Hatfield said. “Typically, in acute homicides, say, for instance, a gunshot wound, it may be something that is, one, easily recognized.

“A case like this just takes longer to put together.”

Hatfield said he does not anticipate anyone else being charged in the case, based on current evidence.

Natalie and Michael were high school sweethearts who married in college. They are parents of two children, both teenagers.

At the time of Michael’s death, they were owners of two shell businesses, Tactical Solutions Group and Technology Management Solutions.

West Virginia State Police and federal agents were investigating the businesses when Michael died in February 2019.

According to court documents, Natalie had, through the businesses, taken more than $2 million in investments from victims, including her own parents and siblings and from Michael’s mother and stepfather.

She had also taken large sums of money from friends, co-workers and neighbors, all of whom believed they were investing in Natalie’s company, which she told them provided firearms to the federal government.

Instead, the couple was spending the money on luxury purchases, according to federal court documents.

Michael became ill at the couple’s home around Feb. 6.

Natalie said she was taking care of his medical needs for "a substantial period of time" on that day, according to Hatfield.

During the time Michael needed medical help, Natalie called in friends, including a West Virginia State Trooper and the trooper’s wife, a physician’s assistant, but did not call an ambulance for Michael.

She eventually called Chris Davis, a local attorney and Michael’s friend and neighbor, to the house.

Davis arranged for Michael to be transported to Raleigh General Hospital.

Natalie and Davis were Michael’s medical powers of attorney, according to a December 2017 will that attorney Alan Larrick had drawn for the Cochrans.

Natalie said in August 2019 that she had made medical decisions for Michael during his illness. She had him transferred to Bowers Hospice House for end-of-life care.

The State Medical Examiner’s Office subsequently ruled that Michael had died of natural causes, which is typical with deaths of hospice patients.

Due to the investigation into the Ponzi scheme, Raleigh Circuit Court Judge H.L. Kirkpatrick in September 2019 ordered that Michael’s body be exhumed.

Hatfield said on Friday that Michael had apparently believed that the couple were owners of legitimate businesses. At the time of his death, he had started to become suspicious, Hatfield added.

Michael became suddenly ill at the couple’s home on 4-H Lake Road on Feb. 6, 2019, just after he had started to ask questions about the businesses.

Natalie told The Register-Herald in August 2019 that she did not kill Michael.

At her sentencing, Natalie said that Michael had spent most of the money.

Michael’s mother, Donna Bolt, reported that Natalie convinced her to invest her retirement savings into the scheme. She said that Michael had never asked her to invest and that she did not believe he knew of Natalie’s scheme.

A Raleigh County pharmacist faces more than 11 years in prison and $2.6 million in restitution after admitting in a plea deal with federal prosecutors of defrauding investors using fake companies.

BECKLEY — A former Daniels pharmacist, who is accused by federal prosecutors of operating a …

BECKLEY — A Daniels pharmacist faces more than 11 years in prison and $2.6 million in restit…

Federal prosecutors allege that the couple talked family, friends and local residents into investing in Tactical, which they said had contracts to provide weapons to the U.S. Department of Defense. There were no contracts, according to federal prosecutors, and the couple spent the money on luxurious living.