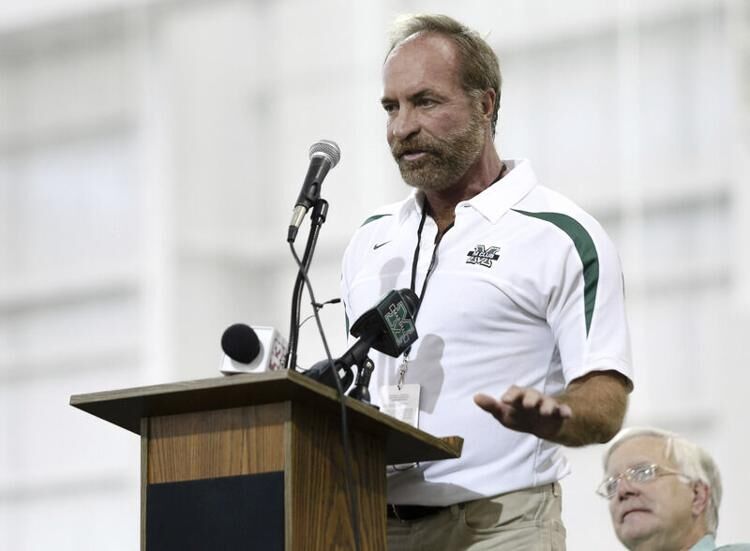 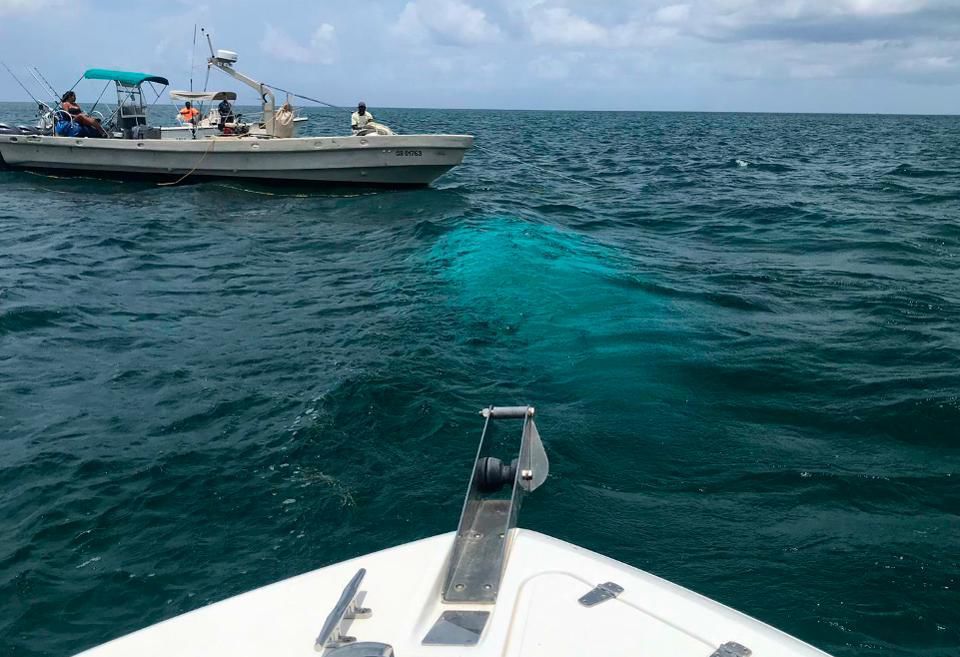 Local search boats locate the sunken helicopter carrying billionaire Chris Cline, his daughter Kameron and five others to their death off Big Grand Cay Island in the Bahamas.

BECKLEY — The decision of the late billionaire Chris Cline’s personal pilots to take off above dark water at night, without having a visual reference to guide their flight path, caused the July 4, 2019, helicopter crash that killed all on board – Cline and six others, including his daughter, Kameron, and 22-year-old Delaney Wykle of Beckley, the National Transportation Safety Board (NTSB) ruled in a report released Thursday.

In its final report, which was released Thursday, NTSB found that the pilots — Dave Jude, formerly of Wyoming County, and Geoff Painter of the United Kingdom — were inexperienced at flying from Cline’s private island at night.

But when Cline’s daughter and a friend became ill on the island during Cline’s birthday party, Jude and Painter made a late-night emergency flight from Florida to the island to bring the young women back to the U.S. for medical treatment.

They flew out under emergency circumstances in “dark night conditions with no external visual reference” and became disoriented and crashed into the ocean on the return flight, according to the final report.

NTSB also found that the crew had not adequately monitored their instruments and that they had failed to respond to multiple cockpit warnings to stop the helicopter’s descent.

Cline, a West Virginia native who was living in Palm Beach, Florida, was to turn 61 years old on July 5, 2019. He had invited friends, some from the Mountain State, to celebrate on his private island in the Bahamas.

Cline’s 22-year-old daughter, Delaney and Kameron’s sorority sisters from Phi Mu and Louisiana State University (LSU), Brittany Searson and Jillian Clark, both 22, were on the island to celebrate.

A recent graduate of West Virginia University, Delaney had passed her nursing board exams one day before the crash in order to become a registered nurse. She was to start a job at Raleigh General Hospital.

According to the preliminary NTSB report released in August, Jillian had become ill during the party. A professional nurse and a physician on the island, along with Delaney, had been unable to discover the cause of her sudden illness. She had slurred speech and was vomiting and drowsy, witnesses told investigators.

While they were treating Jillian, Kameron became ill and began to exhibit similar symptoms, though not as severe, according to the August report.

“At that point, Mr. Cline became concerned and wanted to get the 2 young adults to the United States for medical treatment,” the document reads.

Cline asked Jude, his longtime associate and pilot, at 11:24 p.m. on July 3, 2019, to come to the island. Jude notified Painter, his co-pilot, about 20 minutes later, and Jude and Painter flew Cline’s Agusta AW139 from Florida with plans to return to Fort Lauderdale.

On the flight to the island, in a recorded cockpit conversation, Jude told Painter the craft had recently been in the shop.

“What’s wrong with it?” Painter asked.

“I wish we’d go get us something decent – fly something that we don’t have to go to school for every # week.”

“#” in the report denoted a swear word.

They landed the helicopter safely at Big Grand Cay at 1:42 a.m. on July 4. Cline, Brittany, Kameron and Jillian boarded, with the two patients being carried onto the craft.

A nurse who had planned to board had vomit on her clothes, so Delaney offered to provide medical care on the flight, boarding the helicopter and allowing the nurse to stay behind in order to clean herself.

The Agusta left the island at 1:52 a.m. with the five passengers and two pilots, according to NTSB.

“The helipad from which they departed was brightly lit with floodlights, but then the helicopter proceeded over water in dark night conditions with no visible moon, likely zero ambient illumination, and no visible horizon, which would necessitate the pilots’ reliance on the instruments in order to fly because of the very limited outside cues,” the most recent report stated.

At 1:52:31, Painter stated, “Alright, airspeed coming up – No it’s not coming up, so push that nose forward. Get some airspeed.”

“Watch your altitude,” replied Painter, who also told Jude that there had been a fatal accident in the U.K. and “this is exactly what happened.”

In a cockpit recording, a number of warning sounds emitted from the EGPWS, NTSB reported.

A search crew, including Cline’s employees and a neighbor who had witnessed the crash and made an earlier attempt to find the helicopter, located the wreckage around 4 or 5 p.m. on July 4, 2019.

The victims’ bodies were taken from the helicopter to Nassau, Bahamas, about 12 hours after the accident.

As of August, investigators did not know the cause of Kameron’s and Jillian’s illness. The nurse reported neither girl, both of whom were reportedly petite, had been drinking during the party when she had chatted with them. Pizza and salad had been served at the party.