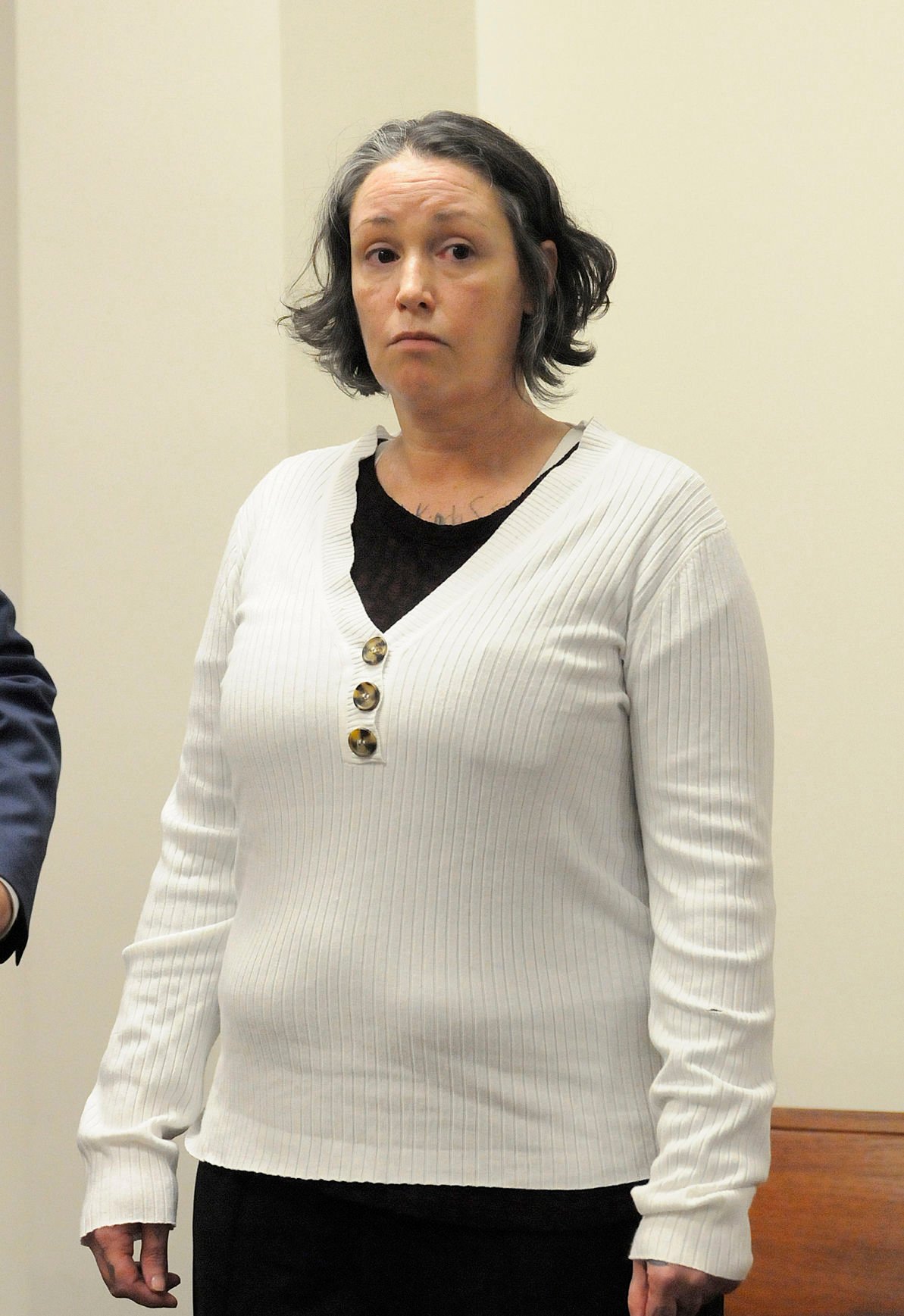 Roena Cheryl Mills, 43, of Rural Retreat, Va., appears in court, Tuesday. Mills is facing charges of first-degree murder and is accused of killing and decapitating a Lerona man on Easter Sunday 2018. 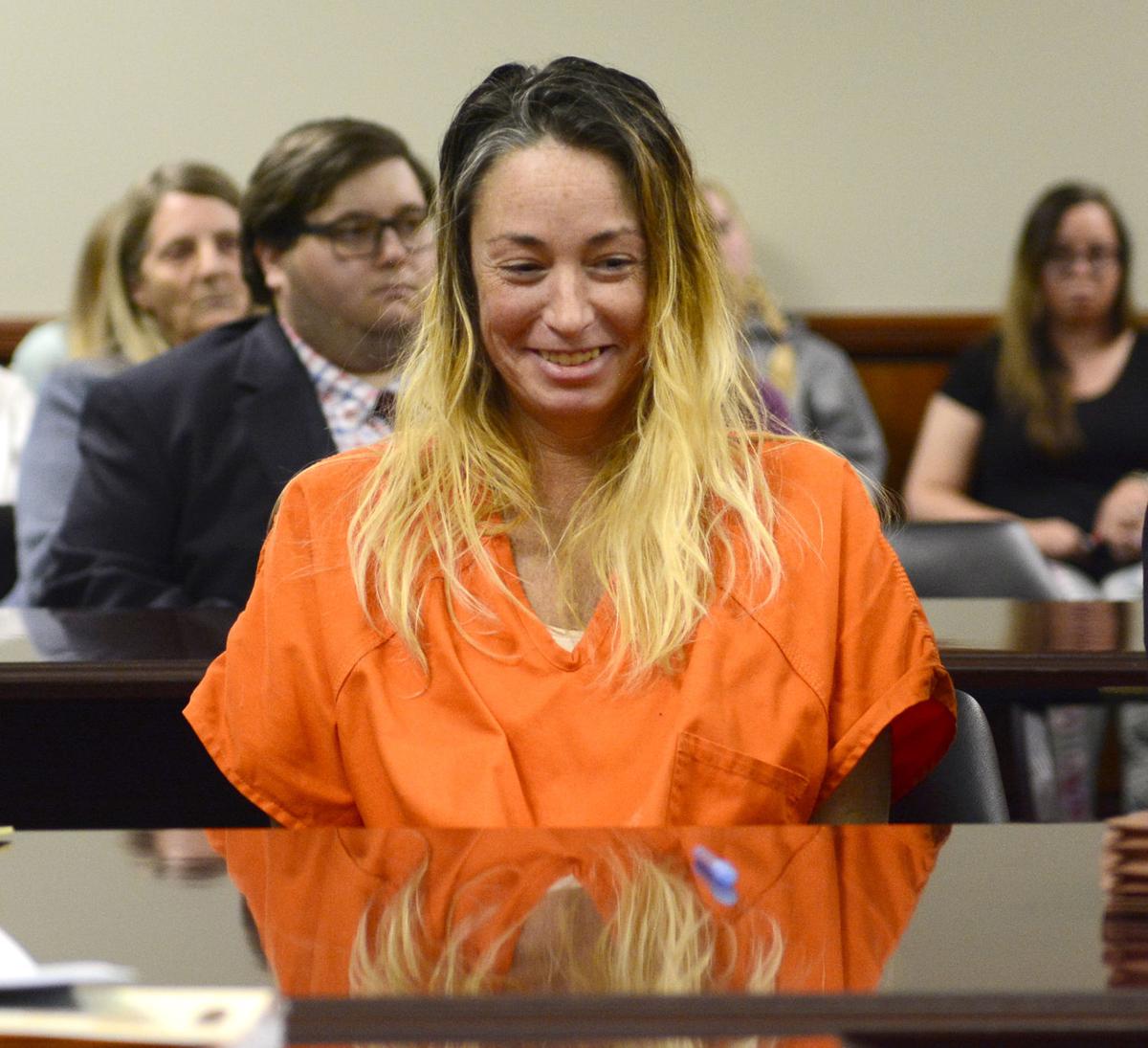 Roena Mills appears before Magistrate Sandra Dorsey in May of 2018.

Roena Cheryl Mills, 43, of Rural Retreat, Va., appears in court, Tuesday. Mills is facing charges of first-degree murder and is accused of killing and decapitating a Lerona man on Easter Sunday 2018.

Roena Mills appears before Magistrate Sandra Dorsey in May of 2018.

PRINCETON — The portrait of a woman charged with killing and decapitating a Lerona man was painted in vastly different brushstrokes during the opening day of her trial Tuesday in Mercer County Circuit Court.

Roena Cheryl Mills, 43, of Rural Retreat, Va., is charged with first-degree murder in the 2018 Easter Sunday homicide of Bo White, 29, at his Clover Lane house in Lerona.

White was found decapitated at his home on April 1. His head was later found nearby in a wooded area.

During opening arguments, the prosecution said Mills bludgeoned Bo White until he was unconscious, then later cut off his head with a kitchen knife and stabbed him repeatedly.

She then went through his pockets to get “pills and money,” and afterward contacted friends with the message, “Let’s party,” the prosecution said.

The defense portrayed Mills as a previously abused woman who was addicted to drugs and physically incapable of committing the crime. They pointed the finger of the murder at Bo White’s own father, James White.

Mills appearance in court Tuesday was dramatically different from that after her arrest and in initial hearings.

Her demeanor was quiet during the trial, however her eyes remained pitch black when she occasionally turned her head to look toward the audience in the courtroom.

Mercer County Assistant Prosecuting Attorney David Pfeifer presented opening arguments for the prosecution. He began by apologizing to the jury, saying they would “truly see and hear some horrible things.”

Pfeifer said on the night of the murder Mills struck Bo White several times in the head until he was unconscious.

“She called friends for help, and got none,” Pfeifer said.

Pfeifer said Mills called her friend Jon Fleming “wanting a chainsaw … she did not get it.”

“She went back and got a kitchen knife and cut off his head,” Pfeifer said. Mills then “got several other knives and stabbed him repeatedly.”

After finding drugs and money in Bo White’s pockets, Pfeifer said Mills called friends with the request to party.

Pfeifer said Mills was found by authorities the morning after the murder “just a few yards away from where they found Bo’s head.”

Later, when in custody of Mercer County Sheriff’s Office deputies, Pfeifer said Mills told them, “You have to take me back to get my heads.”

Pfeifer told the jury this was just some of the evidence they would hear when asked to find Mills guilty of first-degree murder.

“It’s always a big mistake to jump to conclusions,” he said.

Bell said the prosecuting attorney was correct in saying Bo White was killed in his home in a horrible homicide.

However, he attempted to cast doubt that Mills, the mother of three who survived an abusive marriage, was the culprit.

“She came to the area and became a victim to drugs,” Bell said.

Bell said Mills was invited to Bo White’s home on March 31, then questioned how a “43-year-old lady” could overpower a 29-year-old man.

Bell then noted that Jimmie White had a “long sexual relationship” with Mills.

He then inferred that Jimmie White found his son with Mills and committed the crime in a fit of jealously.

“He had been to his son’s home,” Bell said. “He saw him decapitated without his head and didn’t call police.”

Bell said Jimmie White initially lied to police about this visit. “When confronted (by authorities) he said he was there … that he was going to try to get some pills.”

“He said he thought his son was playing a joke on him,” Bell told jurors.

Bell said Roena Mills was found around 6:30 a.m. the next morning.

“She was out of it,” Bell said. “She was not in her right mind because she had been drugged.”

Bell also said a mixture of DNA was found on the knife handle, and that authorities don’t know the source of the second DNA.

“They didn’t submit the DNA from the father (of Bo White),” Bell said. “This is a person who had a motive to harm his son because of his relationship with Roena Mills.”

Bell also said hair was found in Bo White’s hand, and it was not sent to the crime lab for testing.

“Hair was found in the hand of the victim and they didn’t have it tested?” Bell questioned vehemently, later saying, “The focus should have been on Jimmie White.”

Bell concluded his opening arguments by saying the defense would ask the jury to find Mills not guilty.

The trial for Mills will continue Wednesday morning.

The state is being represented by Mercer County Prosecuting Attorney George Sitler and Pfeifer.

The defense is represented by Bell and attorney Ward Morgan.

A woman charged with decapitating a man on Easter 2018 was found guilty Thursday of first-degree murder without a recommendation of mercy, meaning she faces life in prison without the possibility of parole.

Mills sentenced to life in prison for Easter Sunday decapitation

Mercer County Circuit Court Judge Mark Wills told Roena Mills, 43, that she is sentenced to spend the “remainder of her natural life” in prison. Wills said she is not eligible for parole and the sentence is at the jury recommendation of no mercy.