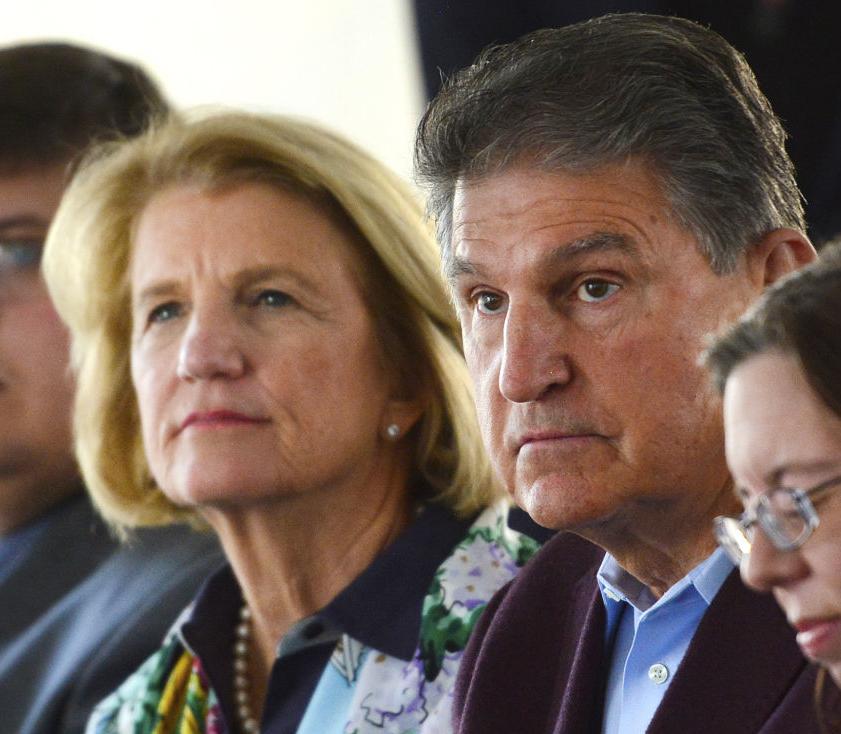 Senators Joe Manchin and Shelly Moore Capito stand with other officials at the Princeton VA clinic opening in this 2019 file photo. 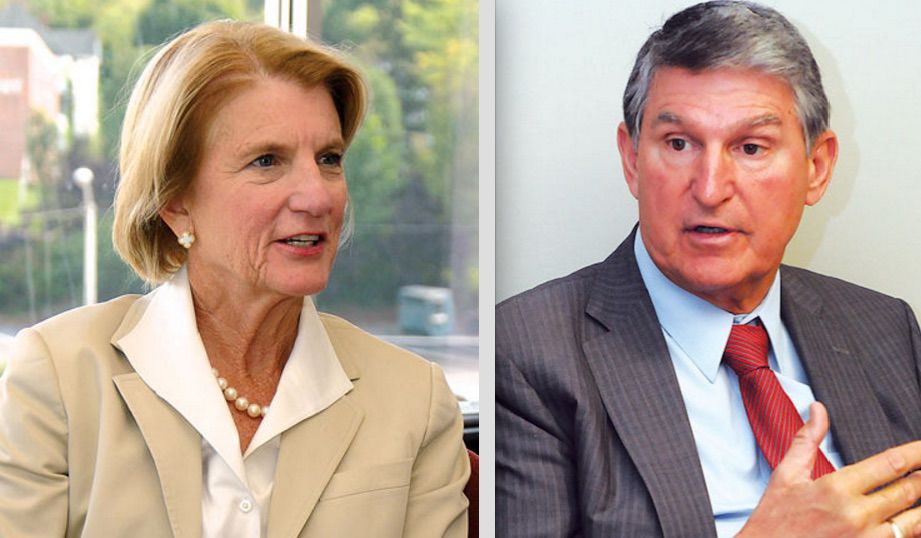 Senators Joe Manchin and Shelly Moore Capito stand with other officials at the Princeton VA clinic opening in this 2019 file photo.

WASHINGTON — Area lawmakers didn’t offer much praise Tuesday for President Joe Biden’s decision to release 50 million barrels of oil from the nation’s strategic reserve. Instead, they are urging Biden to do more to lower gas prices and soaring home energy costs.

U.S. Senator Joe Manchin, D-W.Va., said Biden was using a “band-aid” approach to address a self-inflicted energy policy wound. The West Virginia Democrat also once again called upon Biden to reverse his controversial decision earlier this year to revoke a permit for the Keystone XL pipeline.

“Today’s release from the Strategic Petroleum Reserve is an important policy Band-Aid for rising gas prices but does not solve for the self-inflicted wound that shortsighted energy policy is having on our nation,” Manchin, a centrist in the evenly divided U.S. Senate, said. “With an energy transition underway across the country, it is critical that Washington does not jeopardize America’s energy security in the near term and leave consumers vulnerable to rising prices. Historic inflation taxes and the lack of a comprehensive all-of-the-above energy policy pose a clear and present threat to American’s economic and energy security that can no longer be ignored. I continue to call on President Biden to responsibly increase energy production here at home and to reverse course to allow the Keystone XL pipeline to be built which would have provided our country with up to 900,000 barrels of oil per day from Canada, one of our closest allies.”

Manchin said Americans should not have to depend upon OPEC and other foreign entities for energy security.

“Today’s announcement to release 50 million barrels of oil from the Strategic Petroleum Reserve is simply an effort to mask the fallout of President Biden’s terrible energy policies,” Capito, the Ranking Member of the Senate Environment and Public Works Committee, said. “This follows his earlier requests to OPEC and Russia to increase production. He is asking dictators in the Middle East and Russia to produce more foreign oil even as he canceled the Keystone XL, made it harder to get oil and gas on federal lands, and is now asking Congress to pass legislation to permanently close the Arctic National Wildlife Refuge to drilling.”

Capito said Biden is following a “completely nonsensical” energy policy that is putting America’s energy independence at risk as families pay increasing prices for gas at the pump and home heating bills.

“To top it all off, the earliest that today’s announcement could have any kind of limited impact on the market would be after Christmas, but Americans can’t wait,” Capito said. “They are hurting now. and they are feeling the impacts of the administration’s runaway inflationary policies by paying higher prices for many things they can’t live without as we head into the holidays.”

“Today’s announcement is nothing more than a gesture,” she added. “If the president and his administration wanted to make a real, long-term impact, they would work to maximize domestic production and expedite energy infrastructure like pipelines—not close federal lands to drilling and add a federal tax to methane.