BASTIAN, Va. -- Rain has caused a modification in the schedule for the start of the Yo-Na Invitational Baseball Tournament in Bland County.

The first game is now scheduled to start at 11 a.m. Saturday (April 1) rather than at 10 a.m. That game pits last year's tournament champion, George Wythe, against the Montcalm Generals.

All of the tournament games are scheduled for Skip Dillow Mrmorial Field in Bastian.

A preview of this year's Yo-Na tournament will appear in Saturday's Daily Telegraph and will be posted later tonight at www.bdtonline.com. 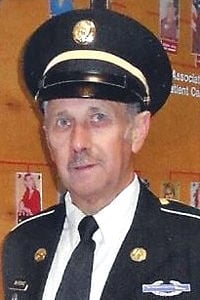 WELCH — McDowell County had lost a hero. From the elderly, to the young children, to his beloved Veterans, Jessie Thomas McPeake was the definition of a hero.

Jessie McPeake, 70, earned his angel wings, after dying unexpectedly due to a long illness at Bluefield Regional Medical Center on Sunday, July 12, 2015 at 3:45 PM surrounded by family and friends.

Born November 13, 1944 to Beulah and Jessie L. McPeake, Jay was a Lifelong resident of McDowell County. He was affiliated with the Pentecostal Holiness Faith.

Left to cherish his memory and carry on his legacy are his son William Jessie McPeake and his wife Denise of Matoaka, WV, granddaughter Jessica McPeake formerly of Keystone, his beloved niece, Megan Whitt of Princeton, his “foster brother” Manual Wayne Horeluck of Welch, brothers, Carl McPeake of MacArthur and Douglas “Reggie” McPeake of Welch, sisters, Edna Church of Princeton, Billie Ruth Brown and husband Jackson of Milford, DE, and Betty Jean Ward and husband Tom of Columbia, SC, 17 nieces and nephews, 23 grandnieces and nephews, 8 great-grandnieces and nephews. He also had many other beloved family and friends that are too numerous to mention. Also, his “second mom” Mildred Horeluck and special friend, Tim Knuckles.

Jay is McDowell County and West Virginia’s highest decorated Vietnam Veteran serving 5 tours of duty in Vietnam from 1966-1971 because “he didn’t want to leave his fellow soldiers” which earned him the Silver Star, 5 Bronze Stars, and the Purple Heart while serving with the 1st Air Calvary.

Returning to Kimball, he opened McPeake Furniture and later went to work for Westmoreland Coal Company and US Steele in Pineville.

He also was a member of the McDowell County PSC and was a great influence in getting the Elkhorn water system installed.

However, his crowning work has been the McDowell County Visitor’s and Veterans Center in Kimball, which he helped found over 9 years ago. Located along Rt. 52, this center has been a lifeline for many of McDowell County’s veterans providing transportation, providing food, helping with housing, counseling and friendship.

Funeral services will be conducted at 1:00 PM on Saturday, July 18th at Widener Funeral Home in Northfork with Reverend Donald Williams of Carswell Community Church officiating. A Military 21 gun salute will follow the service at Woodlawn Memorial Park in Bluewell with VFW Post 1144 of Iaeger in attendance.

Memorial contributions may be made to the McDowell County Visitor’s and Veterans Center. PO Box 303, Kimball, WV 24853 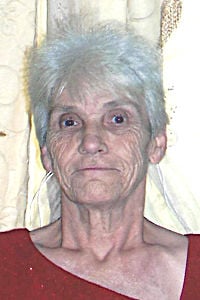 BLUEFIELD — Virginia Ellen “Jig” Johnson Gullett, 68, of Foy Bypass (Duhring), Bluefield, passed away on Wednesday, May 20, 2015 at her home.

Born on February 7, 1947 in McComas, she was a daughter of the late John W. and Gracie Adkins Johnson. She had been a resident of Montcalm for 40 years and was a member of the Pentecostal Holiness Church. She was a devoted wife, mother and grandmother.

Funeral services will be conducted on Saturday, May 23, 2015 at 11:00AM at the Cravens-Shires Funeral Home Chapel in Bluewell with Rev. Tracy Evans and nephew Brandon Conley officiating. Burial will follow at the Shillings Cemetery on Browning Lambert Mountain with Rick Conley, Rick Conley, Jr., Tyler Conley, Eric Herron and Tommy Shrewsberry serving as pallbearers. Danny Conley, Jr. will serve as honorary pallbearers.

Friends may call on Friday from 6-8PM at the funeral home.

Online condolences will be accepted at www.cravens-shires.com 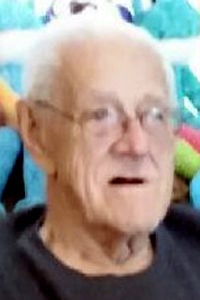 Born on February 16, 1928 in Boissevain, VA, he was a son of the late Gladys Whitt. He formerly lived in London, KY where he worked for Griffin Pie Company and Flowers Bakery. He was a member of the Lorton Lick Wesleyan Church.

Funeral services will be conducted on Friday, April 3, 2015 at 3:00 PM at the Cravens-Shires Funeral Home in Bluewell with Rev. Barry Wright officiating. Burial will follow at Grandview Memory Gardens in Bluefield, VA where family and friends will serve as pallbearers.

Friends may call on Thursday from 6-8 at the funeral home.

Online condolences will be accepted at www.cravens-shires.com