Damar Hamlin released a video Saturday in which he says he’s thankful for the outpouring of support and vows to pay it back, marking the first…

The Memphis police chief has disbanded the city’s so-called Scorpion unit, citing a “cloud of dishonor” from newly released video that showed …

Iran’s Defense Ministry says one of its factories was attacked by drones in the central city of Isfahan. A statement carried by the state-run …

Former President Donald Trump has kicked off his 2024 White House bid with stops Saturday in New Hampshire and South Carolina,  The appearance…

Newly released video shows the husband of former U.S. House Speaker Nancy Pelosi struggling for control of a hammer with his assailant during …

Stocks closed higher on Wall Street, marking the market's third winning week in the last four. The S&P 500 rose 0.2% Friday after giving u…

House GOP seeks new restrictions on use of US oil stockpile

WASHINGTON (AP) — For the second time this month, House Republicans have advanced a measure to restrict presidential use of the nation’s emerg…

US economy slowed but still grew at 2.9% rate last quarter

The U.S. economy expanded at a 2.9% annual pace from October through December, ending 2022 with momentum despite the pressure of high interest… 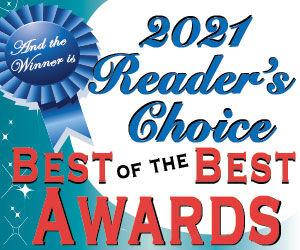 As proposed by lawmakers, do you support reinstating the death penalty in W.Va.? 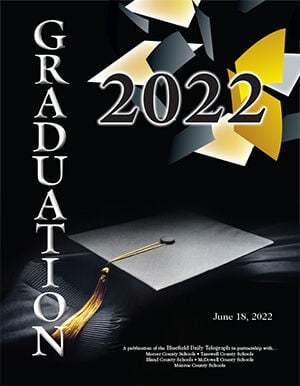 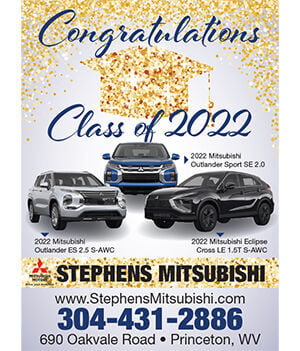 1 p.m., at the Greater Mt. Zion Pentecostal Church in Bluefield.

1 p.m., at the East River Baptist Church in Oakvale. Burial will follow at New Zion Cemetery.

A area guide to products and services for those 50 & over

The lull of life after school

Unlike Buford, the Cowboys cannot control the high ground

There are two kinds of luck, maybe I had a little of both

Clashes and conflict: National discord not the norm as unity prevails in W.Va.

For the love of color

The lull of life after school

In 67 minutes of video, brutality followed by nonchalance

Damar Hamlin released a video Saturday in which he says he’s thankful for the outpouring of support and vows to pay it back, marking the first time the Buffalo Bills safety has spoken publicly since he went into cardiac arrest and needed to be resuscitated on the field in Cincinnati on Jan. 2. Hamlin said now was “the right time” to speak after the Bills’ season ended and because he needed time to recover and gather his thoughts. The 5 1/2-minute video was posted on Hamlin's social media accounts.

The Memphis police chief has disbanded the city’s so-called Scorpion unit, citing a “cloud of dishonor” from newly released video that showed some of its officers beating Tyre Nichols to death after stopping the Black motorist. Police Director Cerelyn “CJ” Davis acted a day after the harrowing video emerged, saying she listened to Nichols’ relatives, community leaders and uninvolved officers in making the decision. Her announcement came as the nation and the city struggled to come to grips with the violence of the officers, who are also Black. The video renewed doubts about why fatal encounters with law enforcement keep happening despite repeated calls for change.

Former President Donald Trump has kicked off his 2024 White House bid with stops Saturday in New Hampshire and South Carolina,  The appearances in the early-voting states mark the first campaign events since Trump announced his latest run more than two months ago. Trump tells party leaders in New Hampshire that “we’re starting right here" and he says he's “more committed now than I ever way.”  A sluggish start to a campaign he announced in November has left many questioning his commitment to running again. The opening events come at a critical point as rivals prepare their own expected challenges.

In 67 minutes of video, brutality followed by nonchalance

The 67 minutes of body camera and surveillance footage released in the death of a Memphis man at the hands of police give a glimpse of a harrowing night that oscillates between brutality and nonchalance. After capturing horrific images of Tyre Nichols being punched, kicked, shocked, pepper-sprayed and dragged by officers, he is left bloodied in the street, unattended to, as officers chit-chat, complain, laugh and even exchange a fist-bump and back pat. The video's release has spurred protests around the country. Nichols, who was Black, is to be laid to rest at a funeral on Wednesday. Five officers, also Black, have been arrested and charged with murder.

Authorities say three people were killed and four others wounded in a shooting at a multi-million dollar short-term rental home in Los Angeles early Saturday. The shooting happened just after 2:30 a.m. in the upscale Beverly Crest neighborhood. Los Angeles police say the three who were killed were in a vehicle. Police Sgt. Bruce Borihahn says investigators don't have any information on suspects in the shootings. Two people who were shot were taken to the hospital in private vehicles and two were transported by ambulance. Borihahn says two victims are in stable condition and two are listed as critical. This is at least the sixth mass shooting in California this month.

Lots of sound and fury on US debt, but not a crisis — yet

WASHINGTON (AP) — For all the sound and fury about raising the nation's debt limit, most eco…

NFL playoffs: Vegas believes some classics could be coming

If Vegas oddsmakers are correct — and there’s a reason those casinos are huge and luxurious — then football fans are in for a treat this weekend. The NFL’s conference championship weekend is here: The Philadelphia Eagles will host the San Francisco 49ers for the NFC title while the Kansas City Chiefs host the Cincinnati Bengals in the AFC. Both games are Sunday. The gambling odds are tight for both games, though both home teams have a slight edge. The Eagles are a 2 1/2-point favorite while the Chiefs are favored by 1 1/2 points, according to odds from FanDuel Sportsbook. The winners will meet in the Super Bowl on Feb. 12 in Glendale, Arizona.